The sleep-away camp is located in Honesdale, Pa. 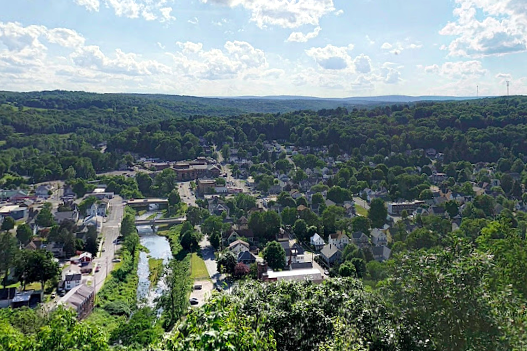 One staff member at a summer camp located in Wayne County, Pa. tested positive for COVID-19 days before the camp was planned to open. Camp Seneca Lake in Honesdale is still planned to open next week.

One staff member at a summer camp in Wayne County, Pennsylvania has tested positive for COVID-19, days before the planned opening of the camp.

A counselor at Camp Seneca Lake tested positive for coronavirus during orientation this past week, before kids arrived. Despite this, the Honesdale, Pa. based summer camp told parents they will still be opening the next week.

Leadership informed parents that a counselor had tested positive in a letter emailed to them on Friday, reported NY Post.

"We wanted to update you on a situation that took place at camp over the staff orientation," Camp Seneca Lake said in the letter. "On arrival, we tested the staff again and one staff member tested positive for coronavirus when we got the results back last night."

The counselor was then put into isolation and sent home the next day. Camp Seneca Lake said they quarantined any counselors who had come into contact with the infected staffer, for a "few days."

Possibly-infected staffers also will not be quarantined for two weeks, it seems. Camp Seneca Lake posted to their Instagram account that the camp will open next week. That means less than the recommended 14 days will have passed to see if counselors show signs of the virus.

Looking forward to seeing everyone at the start of camp next week! Please know that the health, safety and wellbeing of all our children and staff is priority number 1! Our amazing medical professionals have been hard at work for for the last week to help ensure a healthy and happy Summer. Every person, from the youngest to the oldest, who steps foot on our campus will be tested for Covid-19. Wishing everyone a happy and healthy Shabbat! #CSL2020 #camplife #happycampers

Certain counselors were tested again for COVID-19, but the results will not be available until Monday night, one day before the camp is slated to open on Tuesday, July 7.

The camp is located near Pennsylvania's border with New York state, meaning many of its attendees are from out of state. In New York, summer camps were banned this year due to the COVID-19 pandemic.

Summer camps in Pennsylvania are allowed to open amid the pandemic under certain health and safety guidelines put forth by Gov. Tom Wolf's administration.

Camp Seneca Lake is Jewish sleep-away camp that was founded in 1974. On their site, they describe the camp as part of the "modern Orthodox Jewish world," and that many of their campers are the children of former campers.