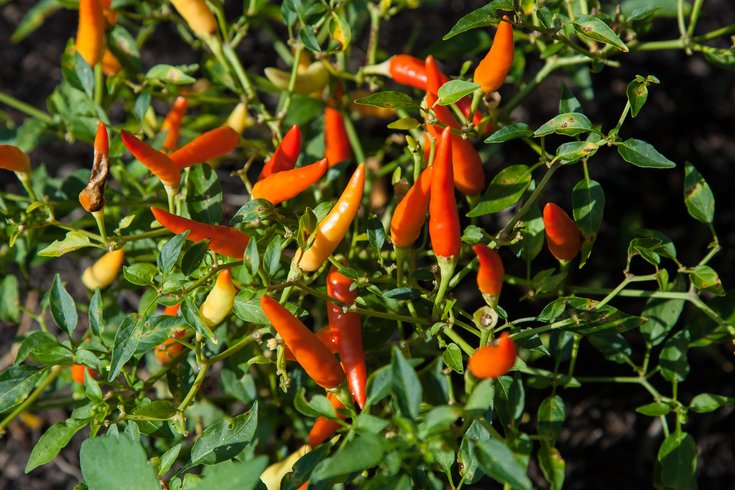 A new study suggests incorporating chili peppers into your diet more could be good for your heart health.

Chili peppers are a common ingredient in the Mediterranean diet, which is touted as heart healthy, but can they really lower your risk of dying from cardiovascular disease? A new study published in the Journal of the American College of Cardiology suggests these peppers might.

In this study of more than 20,000 Italian adults from the Moli-Sani study, researchers found a link between eating chili peppers on a regular basis and a lower risk of total mortality and death caused by cardiovascular disease.

A strong association also was found between a steady diet of chili peppers and reduced risk of ischemic heart disease, which is the narrowing of heart arteries resulting in less oxygen getting to the heart. Participants with normal blood pressure had the strongest relationship between chili pepper consumption and total mortality.

More specifically, participants who ate chili peppers at least four times a week had a 40% lower chance of dying from a heart attack. In addition, risk of death from stroke was cut in half. Participants' eating habits and health were tracked for more than eight years. The researchers wrote that these findings were independent of cardiovascular disease risk factors and type of diet.

Marialaura Bonaccio, an epidemiologist at the Mediterranean Neurological Institute and lead author of the study, told CNN, "An interesting fact is that protection from mortality risk was independent of the type of diet people followed ... In other words, someone can follow the healthy Mediterranean diet, someone else can eat less healthily, but for all of them chili pepper has a protective effect."

There are limitations to this newest study, however, and it is unclear if there is a direct cause-effect relationship here with the chili peppers or if the benefits observed are just the result of eating more fresh foods.

Ian Johnson, a nutrition researcher at Quadram Institute Bioscience in Norwich, England told CNN, "This type of relationship suggests that chillies may be just a marker for some other dietary or lifestyle factor that hasn't been accounted for but, to be fair, this kind of uncertainty is usually present in epidemiological studies and the authors do acknowledge this."

Forbes also pointed out that the health benefits appear to be small, and that some studies in mice have linked eating a lot of spicy foods with cancer.