Jessica Cornell Smith, 32, was previously accused of refusing to issue refunds after organizing a powerlifting event that was canceled 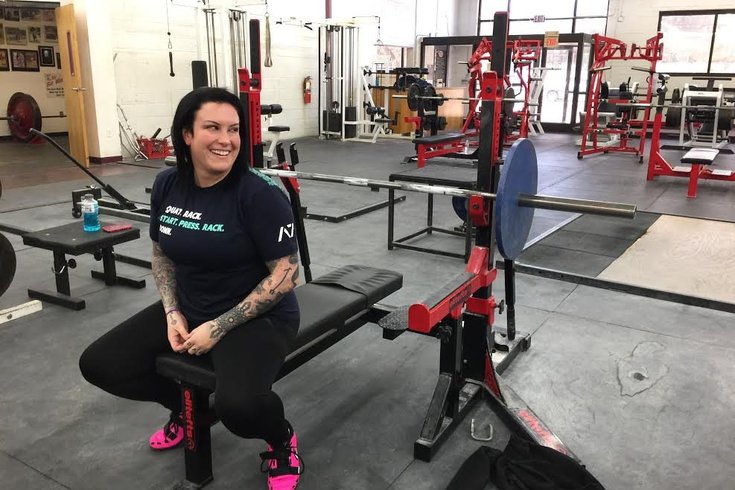 Jessica Cornell Smith, 32, was arrested by the Uwchlan Township police on Monday and charged with deception-false impression and receiving stolen property for allegedly lying about having cancer and raising funds for treatment.

Jessica Cornell Smith portrayed herself as a powerlifter who wanted to encourage participation in her sport but following the revelation of multiple alleged scams – and criminal charges – authorities say her motivations appeared more sinister.

In August, PhillyVoice reported Smith allegedly had scammed dozens of people into paying entry fees for a powerlifting charity event that never took place. The "2019 USA Powerlifting for Kilos for the Camp Out" had been billed by Smith as a fundraiser benefitting WMMR's annual "Camp Out for Hunger,"  but Preston & Steve confirmed during their morning show last week that the event was never scheduled.

Unrelated to that event, for which no charges have been filed to date, Smith has been charged with theft and receiving stolen property, according to court documents. Police allege Smith, 32, of Chester Springs, Chester County, lied about having cancer, which allowed her to raise more than $10,000 through GoFundMe and Facebook, NBC10 reported.

Additionally, Smith is charged with identity theft and impersonating a police officer in another case in Wilmington, Delaware.

Regarding her powerlifting event that had been scheduled to take place in July, Smith had blamed USA Powerlifting, the sport's governing body, for its cancelation. Then she declined to refund refund money to the participants who had signed up, noting the event's no-refund fine print.

Among the would-be participants who lost money was Jessica Allen. When she didn't receive a refund, she took to Twitter to post her frustrations and anger at Smith. Here is some of what she said:

But here’s what really happened; the meet director lost her sanction because she publicly faked her cancer diagnosis / treatment and instead used her position within the USAPL for personal and financial gain.

Meanwhile it turns out WMMR has no idea pic.twitter.com/cQbTFUPp7e

I said “refund everyone and I’ll remove my thread” but the damage “I CAUSED” is already done. Somehow I’m responsible 🧐 pic.twitter.com/xfB1HGlu2R

Allen, who says she was a former friend of Smith through social media, told PhillyVoice she thought the GoFundMe was odd. "It just didn't seem right. All the sudden she had cancer, and she was fundraising heavily for it."

Smith claimed to have hereditary nonpolyposis colorectal cancer and said she was seeking treatment at Penn's Abramson Cancer Center. She had raised $8,553 via her Facebook fundraiser, "#FightLikeAJessica," and $4,600 through her GoFundMe campaign, "Jessica's Fight Against HNPCC."

The alleged cancer scam wasn't the only thing people have found concerning about Smith. Leah Cassari, of the podcast "Ever Evolving Truth," told PhillyVoice, "It was the little things she was doing." The podcast has been investigating Smith's alleged scams for months.

Cassari claimed Smith allegedly sold weight-lifting equipment on Craigslist for $2,400 but never shipped it to the buyer. After learning about this, Cassari and her podcast colleagues went on Craigslist and Smith tried to sell the same equipment to them for cash. She claims Smith ran multiple scams through Facebook's marketplace, as well.

According to Cassari, Smith allegedly attempted to put on another weight lifting event, Liftoween, despite not being sanctioned to host USAPL events. Thirty competitors allegedly signed up for the event which was later canceled. Cassari claims Smith never paid the gym where the event was supposed to take place.

No charges have been filed against Cassari related to either of these allegations.

After months of researching Smith's scams, Cassari is satisfied Smith has been arrested.

"I think she should be punished for this," she said. "She does have two small children, and I do worry about them, but I don't feel bad about what we did."

Smith posted bail following her arrest by the Uwchlan Township police in the Chester County case, and her preliminary hearing is now scheduled for Dec. 17.