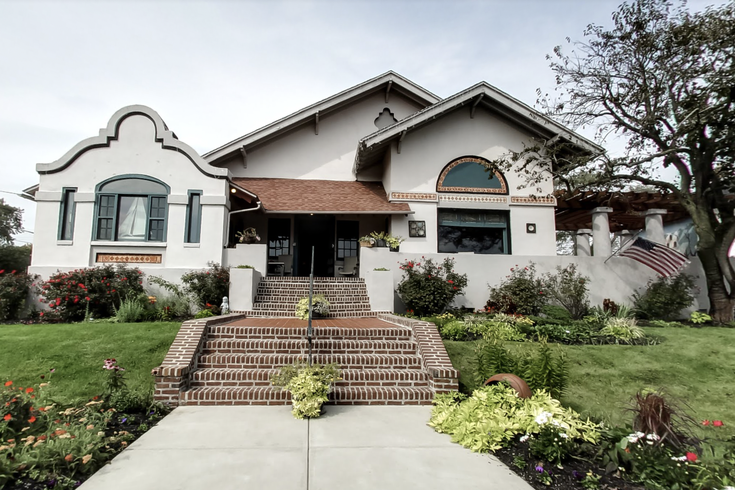 The Mission Inn was established in 1992 inside a home that was inspired by the California Spanish mission style architecture out west in the early 20th century. The business will close at the end of 2021.

The Mission Inn, a popular bed and breakfast for nearly three decades in Cape May, plans to close for good at the end of the year.

The Mission Inn has long served as a unique Jersey Shore getaway, offering an upscale collection of themed rooms only a short walk from the beach.

Since its establishment in 1992, the property has gone through a few ownership changes and renovations, but has remained a place to book a room and enjoy gourmet breakfasts and treats from executive chef Leslie Hurley.

New Jersey Monthly reported Friday that The Mission Inn will shut down Dec. 31. Hurley will finish out the rest of the year as the new owners plan to turn the property into a private residence.

The Mission Inn, located at 1117 New Jersey Ave., had closed for a few months amid the coronavirus pandemic, but it later reopened and continued to take guests. During the closure, Hurley prepared home-cooked meals for the elderly.

The history of The Mission Inn sets it apart from other notable sites and landmarks in Cape May.

Constructed in 1912, the building was planned by Philadelphia businessman Nelson Z. Graves, who had made his fortune in the paint manufacturing business. Graves had visited California and was inspired to bring the Spanish mission style architecture to the location in Cape May, which is widely known for its standout Victorian homes.

Sadly, Graves went bankrupt before the home was completed, but the building was finished as planned and became the home to a number of prominent Philadelphia families who used it as a private beach retreat, according to brief history at The Mission Inn's website.

In the decades before the property became a bed and breakfast, it was occupied by families who were active in Cape May's art and theater scene. In the inn's present-day solarium, it's rumored that notable actors from the 1940s — including Errol Flynn, Gloria Swanson and Diana Barrymore — would visit for cocktails after attending performances.

Those interested in booking a room at The Mission Inn will still be able to do so until the end of the year.