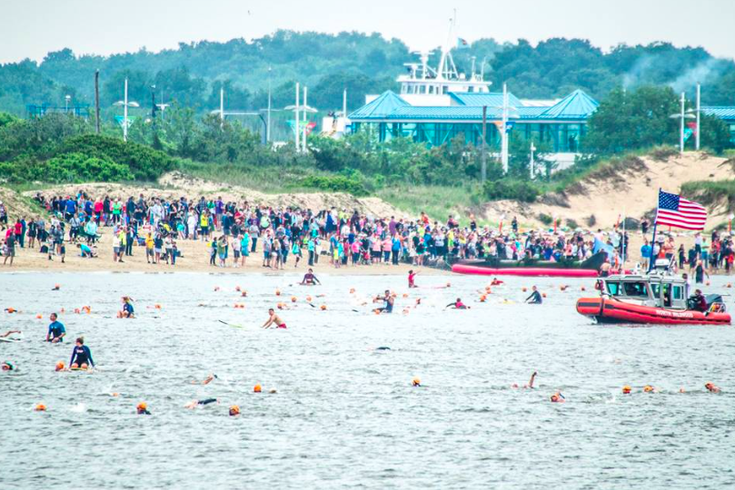 Philadelphia firefighter Dennis McDaniels, 36, died at the 7th annual Escape the Cape Triathlon in North Cape May on June 2, 2019.

A 12-year veteran of the Philadelphia Fire Department died Sunday morning while participating in the annual Cape May triathlon, a department spokeswoman confirmed Monday.

Authorities said McDaniels went into cardiac arrest around 9:06 a.m. during the Olympic swim portion of the event.

EMS staff administered CPR on McDaniels before he was transported to Cape Regional Medical Center in Cape May Court House. He was pronounced dead at 10:20 a.m.

McDaniels, who was a member of Ladder 15 in Frankford, leaves behind a wife and four sons.

An autopsy was scheduled for Monday to determine an exact cause of his death.

A GoFundMe campaign to support McDaniels' family has raised more than $25,000. Donations can be made at the link below.