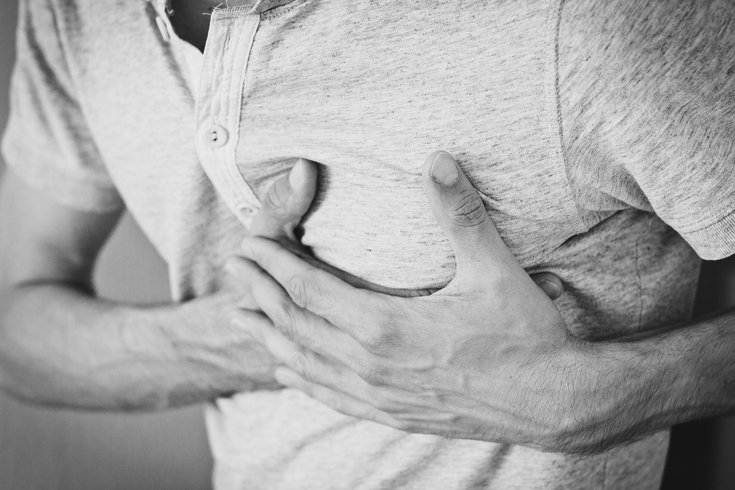 Cardiac arrest is when the heart stops beating abruptly because of a malfunction. It is different from a heart attack which is caused by a blocked artery.

Patients hospitalized with COVID-19, who go into cardiac arrest, are surviving at rates similar to those pre-pandemic, according to researchers from the Perelman School of Medicine at the University of Pennsylvania.

While incidents of cardiac arrests are still deadly, the addition of a COVID-19 infection doesn't appear to make a person's chances of survival less likely. These findings contrast with reports from earlier in the pandemic, researchers said.

"Early studies showed extremely low rates of COVID-19 patients who were resuscitated successfully and went on to survive after suffering from cardiac arrest. The first study from Wuhan demonstrated just a 2.9% 30-day survival rate and a second small cohort from New York City showed absolutely no survival," said Dr. Oscar Mitchell, a fellow in Pulmonary and Critical Care Medicine at the Hospital of the University of Pennsylvania and the Center for Resuscitation Science.

"These results, of course, raised concerns that offering CPR to these patients wasn't accomplishing anything and may have just been exposing hospital staff to the virus. But our results showed survival with a good neurological status is very possible if CPR is attempted."

Mitchell and his team analyzed data on 260 patients with COVID-19 who suffered cardiac arrest between March and the end of May 2020 at 11 different hospitals.

Cardiac arrest is different from a heart attack. The heart is said to be in arrest when it stops beating abruptly because of a malfunction. A heart attack is caused by a blocked artery, which reduces blood flow to the heart. The most common signs leading up to cardiac arrest are shortness of breath, chest discomfort and palpitations.

Twenty-two of the patients were able to be revived, and 12% survived for at least a month after the cardiac arrest.

The researchers did note that the rates of successful resuscitation were still about a third of what they were pre-COVID-19, and the 30-day survival numbers were half of that. A part of the reason for this though could be inter-hospital variations.

The New York hospitals involved in the study treated 204 of the 260 patients, but they had lower rates of successful resuscitation compared to the other hospitals, the researchers explained.

The 30-day survival rate was also lower in the New York hospitals – 6% compared to 36% at the other hospitals.

The rates at the non-New York hospitals were on par with what patients were experiencing who didn't have COVID-19.

"The strains of the COVID-19 pandemic on hospital resources may have amplified variations in things like detection of cardiac arrest, how patients were handled during the cardiac arrest, and post-event care," Mitchell said.

The study findings were presented during the American Heart Association's annual scientific meeting.