As an unvaccinated player, Wentz faces a tougher journey back to the field when his team needs him most 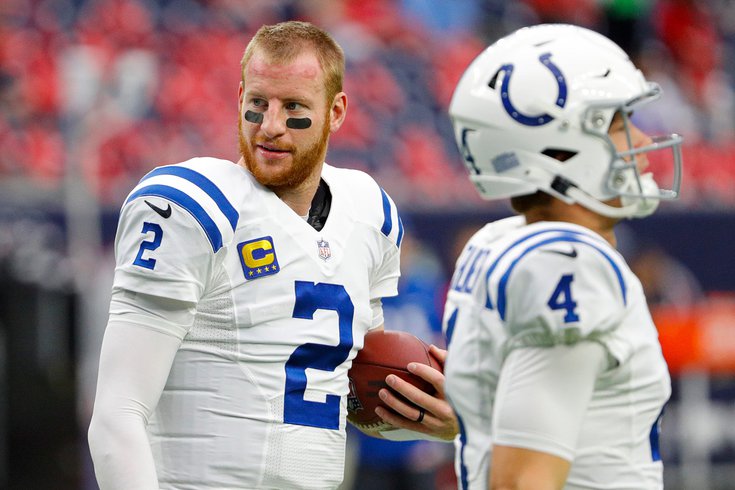 Indianapolis Colts quarterback Carson Wentz, who is unvaccinated, has been placed on the team's reserve/COVID-19 list. The 9-6 Colts hold the AFC's top wild card position, but multiple teams are right on their heels as the NFL enters the final two weekends of the regular season.

The Indianapolis Colts have placed quarterback Carson Wentz on the COVID/reserve list and will most likely be without him for Sunday's matchup against the Las Vegas Raiders, a pivotal game in the team's push for the postseason after a rocky start to the NFL season.

Philadelphia Eagles fans can breathe a sigh of relief, since the team is virtually certain to receive the Colts' first round pick in next year's draft, based on Wentz's accumulated snap count this season.

But for Indianapolis fans, this is pretty much the nightmare scenario that was incoming from a mile away all season.

Wentz, who is unvaccinated and called it a "personal decision" earlier this year, faces more rigorous testing hurdles to clear before he can return to the field for the Colts, who were already dealing with a slew of players sidelined due to COVID-19 in last Saturday night's win over the Arizona Cardinals.

At 9-6, the Colts currently trail the 10-5 Tennessee Titans, who have beaten them twice, in the AFC South. They hold the top wild card slot in the AFC, but the Patriots, Dolphins, Chargers, Ravens and Raiders all are within a game and jockeying for position over the final two weeks of the season. The Colts face the woeful Jacksonville Jaguars in week 18.

The omicron variant of COVID-19 has had major ramifications for the NFL, which has seen a surge of cases over the last month and an increasing number of players having to sit out important games. The NFL and NFLPA are reportedly in talks to consider altering the COVID protocols again, reducing the maximum length of time a player must miss.

On Monday, the CDC shortened the recommended isolation period for those infected with the coronavirus from 10 days to five days, if asymptomatic. That would then be followed by five more days of wearing a mask around others. There's a very outside chance that an imminent change by the NFL could give Wentz a prayer to play Sunday, but it's highly doubtful.

In Wentz's absence, the most likely player to fill in would be Sam Ehlinger, who would be making his first career start. If not him, they could always call up Philip Rivers from retirement.

Colts need to call Philip Rivers. Have heard it's being discussed.

Wentz has had strong season for the Colts, despite the poor start and some typically reckless lowlights that come with the package for the former Eagles quarterback.

In addition to possibly falling ill, Wentz will face plenty of criticism in the coming days, and more if the Colts were to lose in his absence on Sunday.

Indianapolis Star Colts reporter Gregg Doyel, who has been critical of Wentz's vaccine stance all season, called Wentz "selfish" earlier this season and even wrote an article on Monday basically predicting the news that came Tuesday.

"Can't pretend the fate of this incredible season for the Colts, this against-all-odds, uphill battle toward the 2021 NFL postseason, cannot still be ruined by one piece of news in particular: Carson Wentz testing positive for COVID-19," Doyel wrote.

Doyel's keyboard is probably on fire as he puts together a rebuke of Wentz now that this has come to pass.