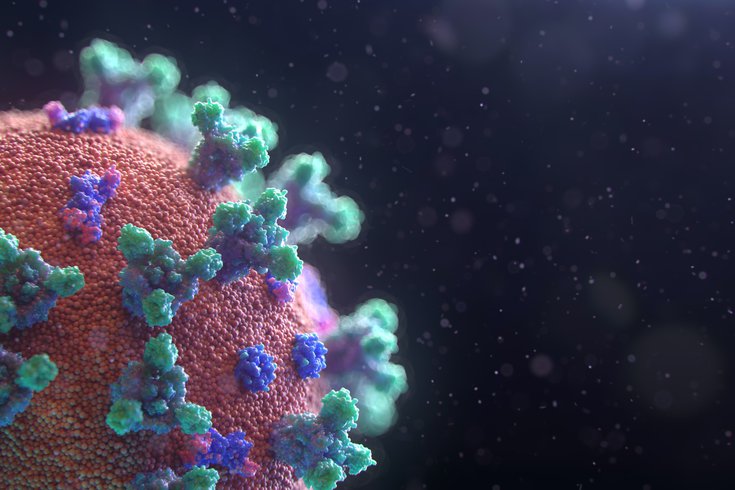 The CDC has removed guidance suggesting aerosols allow COVID-19 to spread at distances greater than six feet. An officials says that information 'does not reflect our current state of knowledge.'

The Centers for Disease Control and Prevention has removed guidelines stating the coronavirus commonly spreads through aerosols – just three days after including the information in its updated COVID-19 guidance.

The guidelines were pulled late Monday morning. A top CDC official told the Washington Post that the information "does not reflect our current state of knowledge."

On Friday, the CDC updated the guidelines to acknowledge that aerosols – tiny respiratory droplets – can remain suspended in the air and travel beyond six feet. The guidelines noted indoor environments with poor ventilation are particularly concerning.

"There is growing evidence that droplets and airborne particles can remain suspended in the air and be breathed in by others and travel distances beyond 6 feet (for example, during choir practice, in restaurants or in fitness classes)," the removed guidelines stated.

Those microscopic particles are produced when an infected person coughs, sneezes, sings, talks or breathes.

Now, the guidelines state "the virus is thought to spread mainly from person-to-person" who are within six feet via respiratory droplets produced when someone coughs, sneezes or talks.

In July, the World Health Organization first acknowledged that the SARS-CoV-2 virus can spread beyond six feet. A group of 239 researchers had written an open letter to the WHO, asking it to accept that the virus could also spread through microscopic air particles.

One study published by the scientific journal Indoor Air found that choir singers who were infected in a "super-spreading" event most likely were contracted the illness through airborne transmission.

The virus, which has killed nearly 200,000 Americans, also can spread when people touch surfaces where droplets have landed and then touch their mouth, nose or eyes. But scientists don't believe that's the primary way it spreads.

"In general, the more closely a person with COVID-19 interacts with others and the longer that interaction, the higher the risk of COVID-19 spread," the CDC guidance states.

The CDC continues to recommend people maintain at least six feet of physical distance and wear a mask when around other people. The agency also recommends people practice good hand hygiene. People who are sick should stay home and isolate from others.

EDITOR'S NOTE: This story was updated shortly after its initial publication to note that the CDC had pulled down guidance stating COVID-19 is mainly spread via aerosols.