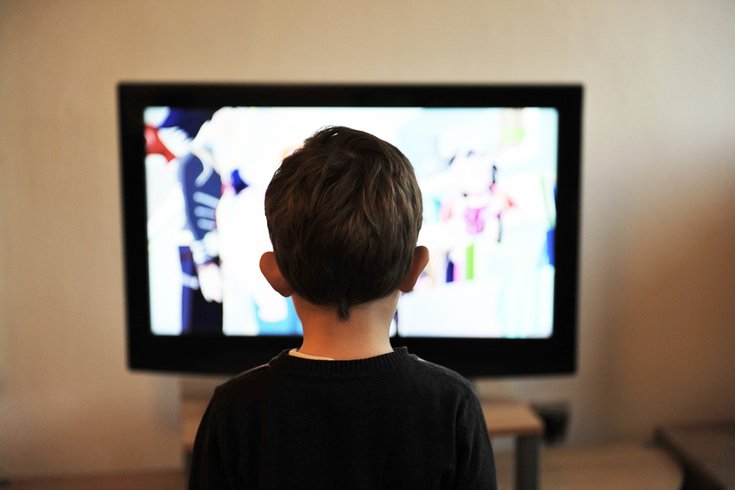 Too much screen time can have impact a child's development negatively, but researchers say that may be offset by parents talk with they kids while they watch TV together. Their findings show that shared time between parents and children can little ones more curious as they reach kindergarten age.

The negative effects that too much screen time can have on children may be offset by parents who engage their kids in conversation while they watch TV together, according to new research.

Studies have shown that watching too much TV can inhibit the physical and mental development of children. It increases their risk of obesity and can interfere with their development of language and social skills. Too much TV can also stifle children's creativity and imagination.

But researchers at the University of Michigan say they have found that when parents watch television with their children, that shared time can make young children more curious as they reach kindergarten age. This finding was particularly true among children in poorer families.

"Our findings reinforce the importance of parent conversation to promote early childhood development and curiosity, especially for children from under-resourced families," said Dr. Prachi Shahm, a developmental and behavioral pediatrician at University of Michigan Health C.S. Mott Children’s Hospital. "We know that more frequent parent-child conversation is promotive of several areas of early child development, and this could be true for promoting a child’s curiosity as well."

Shah's previous research has found links between curiosity levels and kindergarteners who perform better in reading and math. Parents having conversations with their children also are important for their children's thinking, learning and exploration skills, the doctor said.

"Curiosity is an important foundation for scientific innovation, joy in learning and numerous positive outcomes in childhood," she said. "We want to better understand what fosters curiosity in early childhood, which could potentially identify ways to help mitigate the achievement gap associated with poverty."

Even with the popularity of mobile devices, television remains the most common source of screen time. TVs are in 98% of homes and children are exposed to between one and four hours of television each day, and children in poorer families watch more TV.

Shah said that too much screen time can replace important activities for young children including imaginative play and parent-child interactions.

The American Academy of Pediatrics recommends that children older than 2 only watch TV or mobile devices less than two hours a day. Children young than 2 shouldn't watch any television.

The findings are published in PLOS ONE. For 1,500 preschoolers, the researchers analyzed hours of daily television exposure and how frequently parents talked to their children while they watched TV. They then measured curiosity levels of kindergarten-age children using parent questionnaires, asking questions about at child's eagerness to learn new things, openness to new experiences, imagination and adaptability to new situations.