Christmasprism is a tool to help people find cool holiday displays in their neighborhoods or anywhere in the U.S. 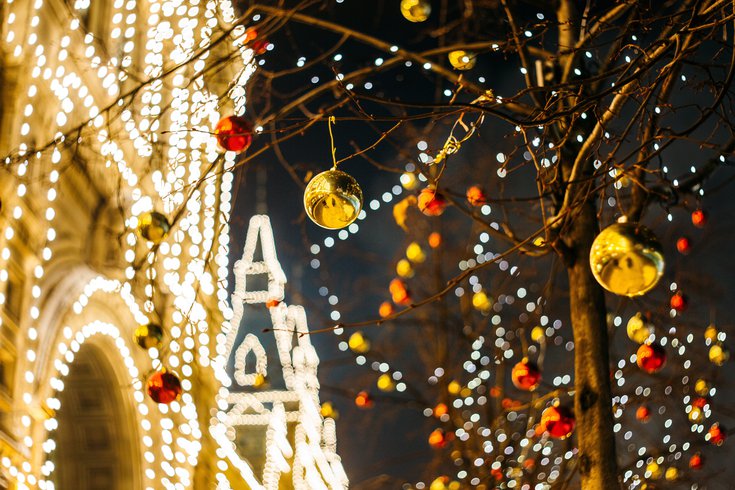 Christmasprism is a new Apple iPhone app that helps users find homes in their neighborhoods decorated for Christmas. It was created by a Delaware County programmer and is now available in 15 cities across the U.S.

For those looking for socially distant ways to get into the holiday spirit, look no further than Christmasprism. The new iPhone app helps users find awesome Christmas lights displays in the Philly region and beyond that can be enjoyed from the safety of one's vehicle, making it a perfect pandemic activity.

The app was created during the COVID-19 health crisis by Micheal Kane, a programmer who lives in Broomall, Delaware County, and was having a hard time finding holiday-decorated houses nearby his home to check out with is family.

Kane's creation seems to have found a niche. He created Christmasprism in late November and through last week had been downloaded more than 24,000 times from Apple's app store, according to Patch. It was popular enough to rank among Apple's top 100 entertainment apps earlier this week.

Since it's launch, Christmasprism's coverage has expanded and it maps out Christmas light displays in more than 15 cities, thanks to exposure from PhillyMag, which published the first story about the Kane's app earlier this month, followed by local TV and radio coverage and then lots of momentum on social media.

Someone created an app for Xmas lights in the Philadelphia area and I couldn’t be happier 🤶🏻 check out #christmasprism pic.twitter.com/NC3zFcFqDx

SO COOL: A #Delco dad is bringing on the holiday spirit with his new app!🎄 Check out ChristmasPrism and add your light display to the map or head out for a drive by using the map to enjoy your neighborhood light show! https://t.co/cQeioIPcBH

Kane even received a shoutout from state Rep. Joe Webster, from Montgomery County.

ChristmasPrism, developed by a DelCo dad, is giving families a new way to find awesome holiday lights in their area!

Are you a homeowner with a light display that you'd like to show off? You can add your home & location to the app too!

Despite the app's popularity, Kane told Patch he doesn't plan on cashing in by charging users fees or adding advertisements to the free app. He also said he will not sell users' data.

The app works using anonymous login information from users, so their locations are not tracked. But owners of decorated homes can add their own location, if they please.

After downloading Christmasprism, users can easily find decorated houses in their area. They can also "like" and comment on the decorated homes they have visited.

The app currently is limited to users of Apple products, who can download the app here. Android users, while there is not app for them, they can use this website Kane created to search for Christmas lights in their neighborhoods.