WURD radio pioneer remembered as an advocate and mentor 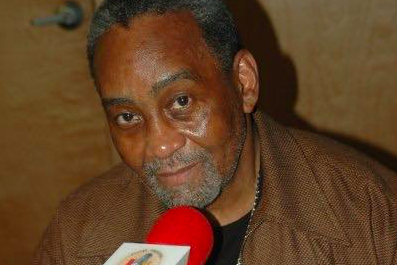 Anderson, who died of complications of COVID-19, would have turned 79 on Thursday.

It's with a very heavy heart that we confirm that radio icon Cody Anderson made transition Saturday evening. Cody was...

"Cody was instrumental in breathing life into WURD and shepherding it over our almost 20 years, first as General Manager and most recently as a beloved host, mentor and friend," the station said. "Like his biological family, the WURD family will miss him deeply. But we are grateful for his tireless and generous support of independent Black media, which he championed every day of his life, especially through his advocacy of WURD Radio."

Most recently, Anderson was co-host of The Electric Magazine with Vicki Leach on Saturday mornings on 96.1 FM and 900 AM. He also hosted bi-weekly conversations with Philadelphia City Council President Darrell Clarke and School District of Philadelphia Superintendent William Hite.

The station honored Anderson in December during a three-hour celebration at its Empowerment Experience event.

Anderson is being remembered as a supportive mentor who advocated for his community and uplifted those around him.

My thoughts on the passing of my dear friend and @onwurd co-host #CodyAnderson.

My prayers are with his family and colleagues tonight.
Rest in Power, sir. pic.twitter.com/jYwvh2czpC

"Cody was a pioneer and giant in broadcast journalism in the Black community in Philadelphia for decades," Clarke said in a statement. "He was a consistent, constructive, confident voice on the air. He encouraged persons of color to enter politics, to serve people and make their communities better places to live. A symbol of positivity, class and achievement for our community is gone. It is on us now to carry on in his memory and in service to others. Rest in Power, my good friend.”

Several other local political figures paid tribute to Anderson after learning of his death.

My thoughts are with @onwurd, @wdasfm and every community #CodyAnderson touched. He was a giant in Philadelphia media and the Black community.

His voice will be missed but not forgotten.https://t.co/5yGDmm9IJn

Quite difficult to express this loss in words. Cody Anderson was a legend in media here in Philadelphia and more broadly for the Black community. My fellow Canaanite, you will be truly missed. https://t.co/g0Hy684Rmq

I will also remember Cody Anderson as a wonderful father and family man who was a role model to other fathers like me.
He is a pillar in the Black community and his legacy and impact in the lives of Philadelphians will last forever. Rest in Power #CodyAnderson.@onwurd @pabj pic.twitter.com/2llwpP8GPi

I want to express my sadness on the loss of Cody Anderson, an icon of Black Philadelphia. As a former owner of WHAT & WURD, & general manager of WDAS, Mr. Anderson shaped the channels that gave voice to the Black community's concerns, aspirations & culture here in Philly. (1/3) pic.twitter.com/3ufCofT0fj

Anderson is survived by his wife and two sons, Kyle and Bill.