Owls great was a mentor, advocate and shining example of success in the face of adversity 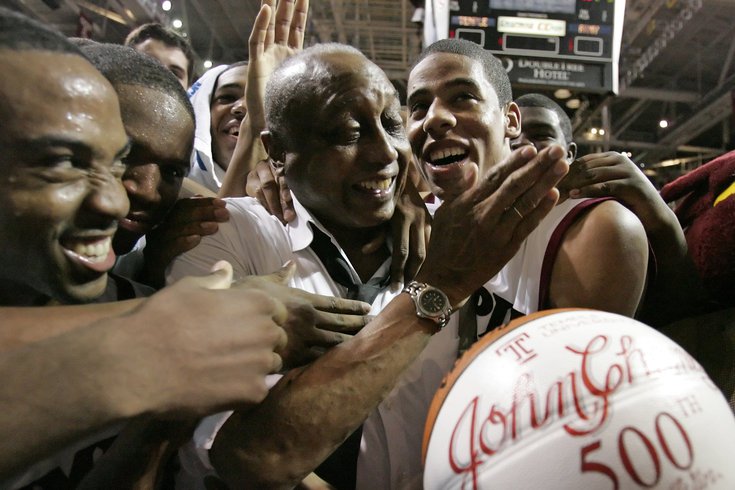 John Chaney, an oracle of Philadelphia basketball and long-time head coach of the Temple University Owls, has reportedly died at 89 years old.

Just got confirmation from someone close to John Chaney. The Temple legend of legends has passed away. RIP to a unique man and Hall of Fame coach.

The circumstances surrounding Chaney's death were not immediately known.

Chaney was an institution in Philadelphia, leading the Owls during a 28-year-run that produced five appearances in the NCAA Tournament's Elite 8 between 1982-2006. Prior to joining Temple, Chaney was the head coach at Cheyney State University, where he led the Wolves to a NCAA Division II title in 1977-78.

Chaney was elected to the Naismith Memorial Basketball Hall of Fame in 2001, having finished his coaching career with a record of 741-312.

A native of Jacksonville, Florida, Chaney was raised in poverty and moved with his family to South Philadelphia at 14 years old, where he attended Benjamin Franklin High School and began to play pickup basketball. His competition included eventual NBA superstar Wilt Chamberlain, whom he mentored as a temp teacher at Overbrook High School.

With an athletic scholarship opportunity, Chaney attended Bethune-Cookman College in Daytona Beach, becoming an all-American point guard and leading his team to a Southern Intercollegiate Athletic Conference tournament title in 1953.

Chaney later went on to play in the Eastern Professional Basketball League in Pennsylvania, where he suited up for the Sunbury Mercuries and Williamsport Billies in the 1950s and 1960s. The NBA did not hire Black players at the time, and Chaney spent a short period with the Harlem Globetrotters.

A knee injury in 1966 ended Chaney's playing career, but he spent the next four decades rising to fame as a coach in Philadelphia.

As a basketball coach, Chaney was a fiery figure and a trusted mentor among his players, including eventual NBA talents like Eddie Jones and Aaron McKie, who now coaches the Owls.

His temper sometimes led to public outbursts, including a memorable 1994 tirade against John Calipari, who was then coaching at the University of Massachusetts. During the rant, Chaney threatened to kill Calipari, among other things, and was suspended for a game. He later apologized and the two men eventually reconciled. 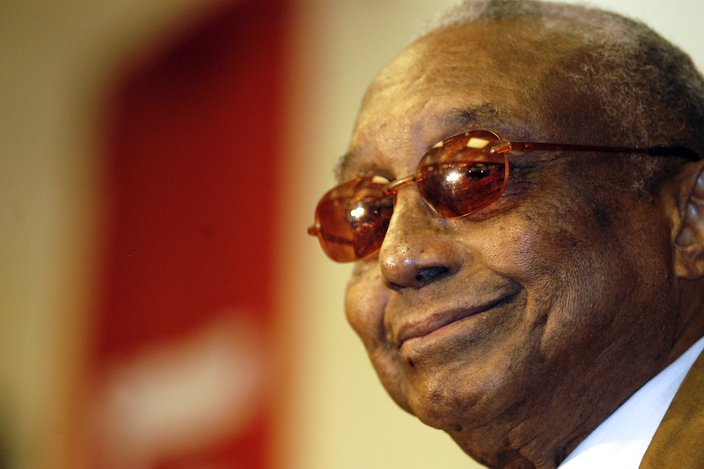 John Chaney listens to tributes at a press conference announcing his retirement as Temple's basketball coach in March 2006. Chaney died Friday at age 89.

Chaney was a lifelong advocate for the advancement of African-Americans, often taking troubled young players under his wing and accepting so-called "Prop 48" players who struggled academically and needed to sit out from college for a year.

And during last year's civil unrest following the police killing of George Floyd, Chaney said he saw reasons for optimism in the protests that took place across the United States.

In an interview with The Athletic a few years ago, Chaney said his spirit for helping others is the quality he wanted people to remember about him.

“I just want to be remembered as someone who cared. It’s that simple," Chaney said. "What we need more of these days — I don’t care how you look at it — is caring for others, whoever that is."

Former players, friends, the Temple community and many others mourned Chaney's death on Friday.

A true Philadelphia jewel . Coach Chaney is respected nationally more than we know in Philly . An inspiration to players and coaches in the b-ball world . A great competitor and a great friend . RIP Coach ! NovaNation sends out prayers and condolences to the Chaney family https://t.co/peIN46rxOt

I’m so saddened to hear that we have lost John Chaney, a coaching icon, a Hall of Famer, a molder of young men, the ultimate competitor and a dear friend. Being able to compete against the best at a young age gave me a great opportunity to grown and learn. pic.twitter.com/lCuHwHCubW

The college basketball world lost a great one in John Chaney today. He was an absolute force both on and off of the court.

Thank you for the words of wisdom, Coach. ❤️

RIP to the great John Chaney, the iconic former Temple coach. Chaney was an American original. I absolutely loved talking with him, including his early morning practices where he had a lecture for his players that would rival any sermon. A great, great man. pic.twitter.com/bzLEBuBXvc

I’m deeply saddened by the passing of someone I hold dear to my heart. He has done so many great things with his life but giver is amongst the top. Giver to the voiceless, underprivileged, the game, to his peeps....I happened to be one of them. Coach Chaney God be with you! ❤️u!

One of the greatest coaches in Philly history

We've lost John Thompson and John Chaney -- Big John and Little John -- in the span of 5 months. In the 1980s and 1990s there were no greater fighters on behalf of black athletes and coaches. It hurts that both of their voices are permanently silenced. https://t.co/ZqIdN4zDIc