The cable giant headquartered in Center CIty wants to compete worldwide with the likes of Roku, Amazon Fire 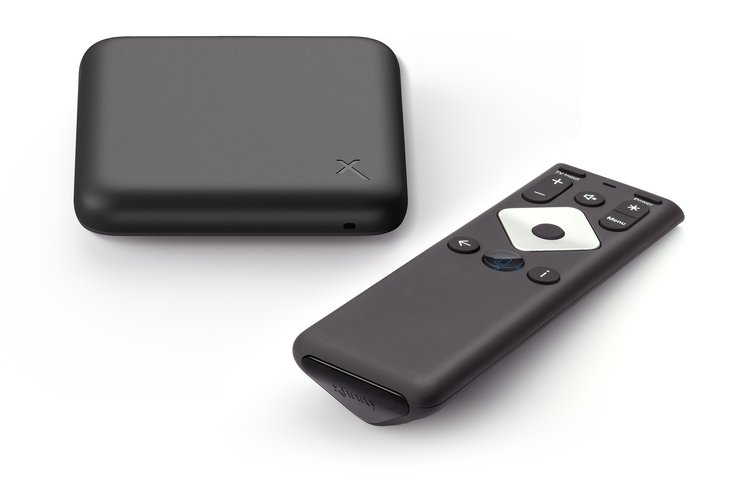 The XiOne platform, Comcast's first streaming device, appears to be aimed at competing with other services offered by Roku, Amazon Fire, Apple TV and Google Chromecast.

Comcast will take on established streaming leaders Roku, Amazon Fire and others with the launch of its new XiOne platform, the cable giant's first wireless streaming device.

The new platform – pronounced "X - I - One" – already has been made available to Sky Q customers in Italy and Germany. The rollout in the U.S. also has begun for those with Xfinity Flex, the company's free 4K streaming device for internet-only customers.

Though Comcast's broadband subscriptions surged during the pandemic in 2020, its cable video subscribers have dwindled over the last year, falling by another 399,000 in the second quarter of 2021.

XiOne supports Wi-Fi 6, 4K UHD, HDR, Dolby Vision and Dolby Atmos, putting Comcast's hardware in the league of competitors whose devices are now commonplace both as standalones and as connected-TVs in partnership with manufacturers.

Protocol reported last week that Comcast has been working with Walmart and Hisense to develop its own ClassX TV brand. It could be available as soon as the end of the year.

Comcast CEO Brian Roberts signaled during last year's Goldman Sachs Communacopia conference that the company was heading in this direction.

"We're looking at smart TVs on a global basis, and we're wondering: Can we bring our tech stack, or certain capabilities in aggregation, to consumers who are relying more and more on smart TVs?" Roberts said at the conference.

Comcast said it plans to make the XiOne device available in the near future to its Xfinity X1 customers and syndication partners, such as Cox Communications, in North America and other worldwide markets.

Many of the competing streaming devices that are already well-established have acted as gateways for consumers to abandon cable TV subscriptions. Their appeal is the way they can bundle together cheaper and more customized access to preferred content.

How Comcast plans to differentiate its product and define what value it offers on its own remains to be seen, but the past few years have shown that all of these competing streaming services tend to play hardball with one another when negotiating distribution deals for their own apps and content packages. Having its own streaming device and branded TVs gives Comcast more of a native place for content – that is, as long as consumers see a good reason to adopt them.