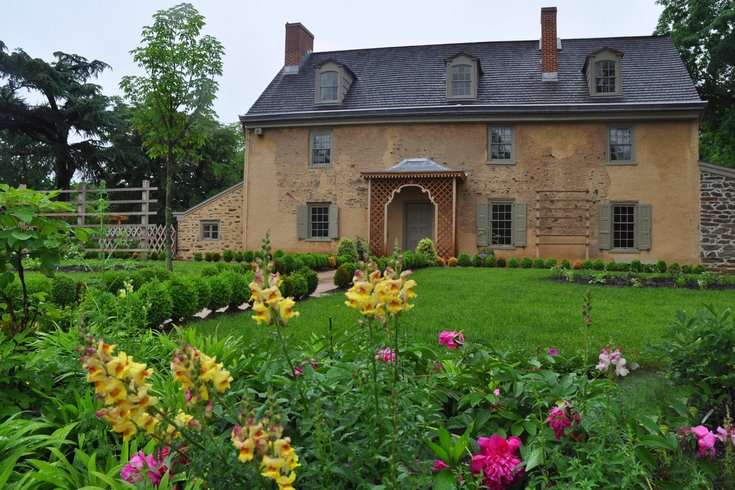 Concrete Cowboys, a program in Southwest Philly that gives students and young adults opportunities to ride horses, has partnered with Bartram's Garden to build permanent stables on the site of the historic botanical garden. A GoFundMe campaign is raising money for its construction. The photo above shows the garden's Bartram House.

The youth program that gives students and young adults opportunities to ride and care for horses in Southwest Philadelphia is on its way to securing a more permanent home.

Concrete Cowboys creator and horse-caretaker Malik Divers has partnered with Bartram's Garden, which will provide a longterm space for the students and animals to use at the botanical garden's 50 acres of meadows, gardens, farmland, and river trails.

A GoFundMe campaign was created in July to raise money to construct the new stable and a headquarters.

Concrete Cowboys, which has been supporting the culture behind the city's tradition of black horse-back riding for more than a decade, has been evicted from many unused lots and spaces in Philadelphia over the years. This will be the first time the Concrete Cowboys — and notably, their horses — will have a permanent home.

For some background on Divers, the program, and black urban cowboys, a CNN documentary followed the program and its students in 2016.

Divers' Concrete Cowboys is different from the movie, also titled "Concrete Cowboys," which is in production starring Idris Elba. Scenes for the film about another group of Philadelphia's urban equestrians were shot during the summer, but the movie is based on author G. Neri's novel  "Ghetto Cowboy." It tells the story of the Fletcher Street Riding Club in Strawberry Mansion.