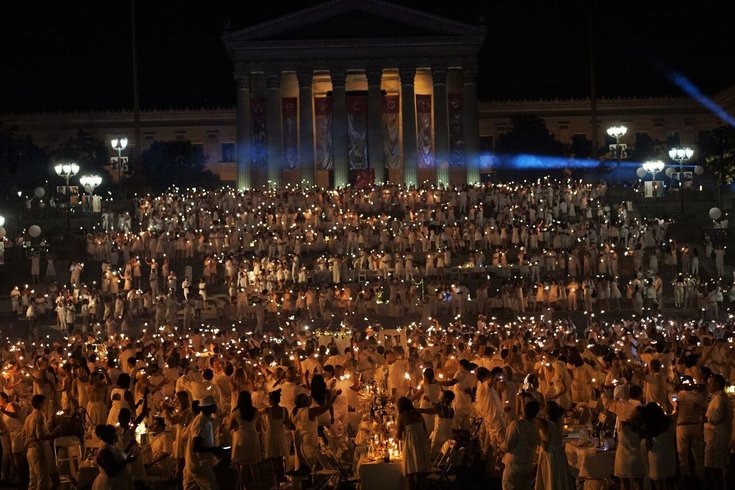 As a kid who grew up in Fishtown – born in Fishtown, in fact, (at Frankford Avenue's St. Mary's Hospital, now Temple Physicians/Neumann North Senior Housing) – I saw firsthand many of the neighborhood's changes throughout the late-'80s, '90s and 2000s. And I'm still witnessing all the crazy-fast changes the neighborhood's been going through, especially over the past few years. Having spent nearly 29 years here (I made the mistake of moving to Bella Vista for a few years in my early 20s; it was an experimental time for myself, I'll admit), I feel I have a pretty unique perspective on Fishtown and on why it's hands down the best neighborhood in Philadelphia. So let's get started:

1. First and foremost (and this might be pretty obvious, but it's important), Fishtown is off the grid – literally. Fishtown's below Front Street and, therefore, below all the numbered streets. So while in most Philly neighborhoods you can get some sense of where you are just by hearing the cross streets, Fishtown requires you to know its routes and borders well. (Spoiler alert: All of the "Fishtown" apartments you're looking at on Craigslist are in Port Richmond or, worse yet, Bridesburg.) This helps Fishtown feel very far removed from the hustle and bustle (aka the delivery trucks parked in bike lanes and groups of slow-walking people) that comes with life in Center City. Fishtown's a bit of its own little world in that sense, but not in the post-hippie/graduate-school sprawling mini front yards type of way that West Philly has spawned. 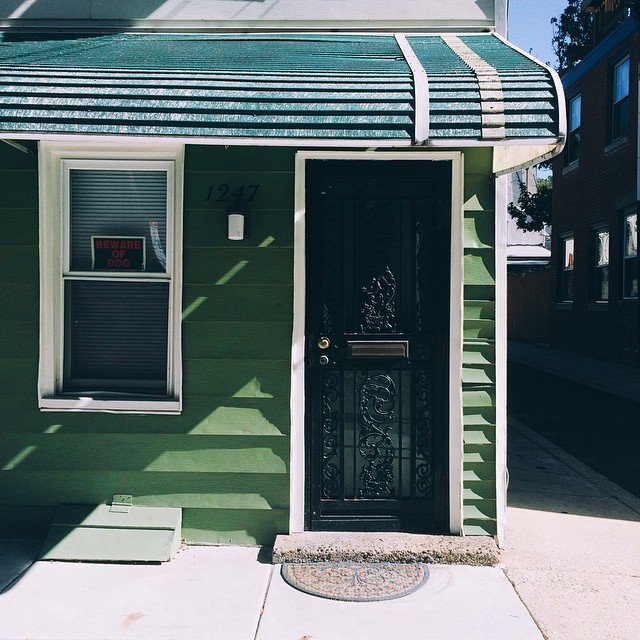 A home in Fishtown. Photo by Conrad Benner/StreetsDept.com

2. And what Fishtown may lack in mini front yards (again – thank God), or even backyards, it makes up for in walkability and parks! You really can't go more than a few blocks in Fishtown without coming across a park or some kind of green space: Palmer Park, Konrad Square, Hetzell's Playground and all the other little dog parks and gardens that sprinkle the neighborhood. Then, of course, there's Penn Treaty Park, where I spent many sunny afternoons as a kid and still enjoy visiting today. (One of my favorite things to do in the summer is to grab a milkshake from Sketch Burger or Little Baby's Ice Cream and lie in the park with some friends.) In fact, Fishtown is probably the only neighborhood in Philly right now with a truly strong connection to the Delaware River. Race Street Pier and Old City might come as a close second, but then you'd have to live in Old City, and I'm not sure I have the heart to do that to myself.

3. Girard Avenue at sunset. Period. Really though, this might just be one of the best views of the Philadelphia skyline there is. And as a photographer, I appreciate that very much.

4. Did I mention coffee yet? What South Street has in tacky clothing stores, Society Hill has in people who pay less taxes than you, and West Philly/Kensington have in vegan potlucks (please don't invite me to your potluck), Fishtown has in delicious coffee shops! From ReAnimator, to Milk Crate, to Rocket Cat, to La Colombe's flagship store, there's really no better neighborhood to bring your laptop to. Rittenhouse or Fairmount might count as competitors to that title, but Rittenhouse coffee shops are really just public restrooms at this point, and who knows how to get to Fairmount? (Really though, I guess there's a bus?) 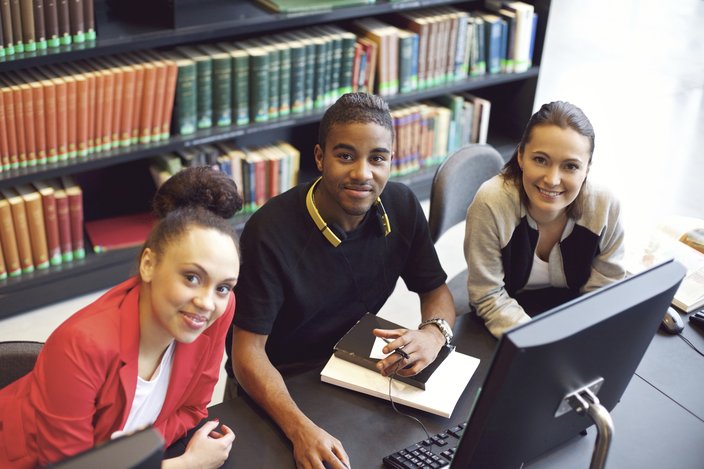 A view of the trolley tracks on Girard Avenue. Conrad Benner/StreetsDept.com

5. On that note, I think it's time to mention Fishtown's incredible ease in transportation. Fishtown's a quick 8-minute El ride to Center City or a 25-minute bike ride if you don't mind a little uphill workout (and we don't *side eyes to the "Great" Northeast*). Fishtown is unbelievably easy to get to/from, whether you're walking, biking, taking public transit or driving. And, as a plus, the people who do drive in Fishtown don't park like complete jerks. But more on that in No. 6.

6. While most of the streets in Fishtown are small and orderly, we do have the (relatively speaking) behemoth that is Girard Avenue. And Girard, while oftentimes annoying to try to walk across, is nowhere near as bad as the streets in South Philly. In South Philly, if there's any kind of extra room on a street, people put their cars there. They double-park; they park too close to the corners. Washington Avenue might as well be one lane until you hit Broad Street with the amount of cars that just park in the right-hand lane with their blinkers on. South Philly drivers even fill the median all the way down Broad Street with their cars, something they don't (for some reason) ever get ticketed for, and something Fishtown drivers just have the consideration not to do. Chill, South Philly, you don't live in Dallas. In fact, you live in one of the most walkable cities in America. Chill it with your cars, or just move to Manayunk already and pretend like you live in Philly.

7. Now, let's talk food, namely, pizza...and Mexican. As Philly's moniker goes, "The City of Neighborhoods," Fishtown's goes, "The Neighborhood of Pizza Places." Pizza is a religion in Fishtown. In fact, if churches gave out pizza at Communion, there might still be a few open. From Fishtown Pizza (where my mom actually had a second job delivering when I was a kid), to Pizza Brain, America's first pizza museum, almost every corner in Fishtown has a pizza place. And to my delight, the same seems to be happening now with Mexican food: Loco Pez (amazing tacos), Sancho Pistola (amazing margaritas/nachos) and Que Chula Es Puebla (maybe my favorite, even though it's just a bit outside the neighborhood)...not to mention the handful of Mexican food trucks that swing through Wednesday-Saturday nights for any of your 3 a.m. burrito needs. Fishtown is a food lover's heaven. Speaking of which... 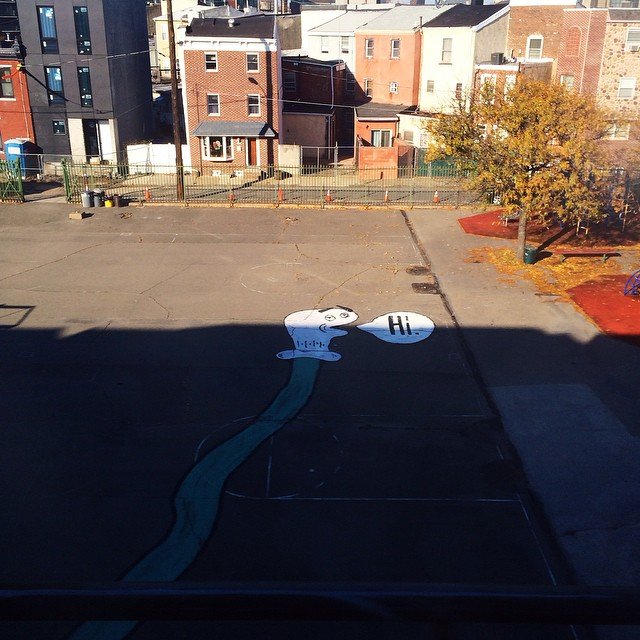 One of many outstanding pieces of public art in Fishtown. Conrad Benner/StreetsDept.com

8. Hardly a week goes by when some national media outlet isn't calling Fishtown the next big thing. (Stop trying to make "Passyunk East" happen, Philly. It's not happening. We can only go to Cantina or Adobe so many times.) And being one of the most buzzed-about neighborhoods in the entire country, and attracting the kinds of crowds that that attention warrants, Fishtown has developed an ingenious plan to deal with our growing interest: We've created a tourist trap! Welcome to Frankford Hall, out-of-towner. Yes, we know people from outside the neighborhood will do all they can to avoid moving too far away from the intersection of Frankford and Girard when they visit (that pesky/confusing off-the-grid stuff again), so we've plopped a boozy visitors center right off that intersection to help keep too many of you from walking into the places we actually frequent. Everyone wins! (Side note: After your beers, I hear there's something going on at the Piazza in Northern Liberties. Why don't you go check that out?)

9. Have I mentioned that in Fishtown we turn those abandoned pizza-less churches into beautiful houses/artist workspaces?

10. My favorite reason to love Fishtown, though, has to be the people. There's an amazing, eclectic mix of souls in Fishtown right now who make it an incredibly fun, inspiring and energizing place to live. There's a great mix of artists, students, writers, musicians, small business owners and families, some of whom have lived here for generations (like me – I'm a third-generation Fishtowner!). The people make this neighborhood. And they've made it an amazing place to live, work and write about.

Now, remind me again how the "Art Museum Area" is a thing?