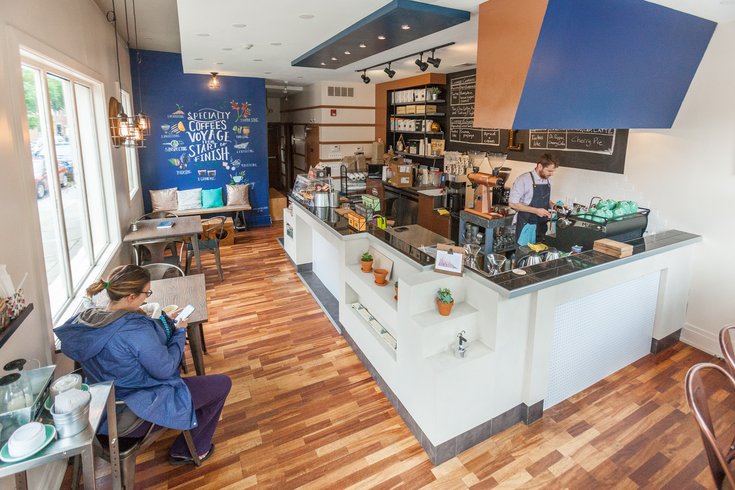 The interior of Function Coffee Labs.

Controversy surrounds Function Coffee Labs, a coffee shop in Bella Vista, after its co-owners Ross and Meghan Nickerson terminated a transgender employee who claims the former employee faced ongoing harassment from one of the shop's regular customers.

In the statement, the ex-employee identifies as a transgender, mixed race person, assigned female at birth and now uses gender-neutral pronouns. The post, in part, read as follows:

"I provide this statement as a neutral and fact-based account of the events that led to my being fired on the evening of August 10, 2017."

“I was fired in response to being harassed and physically threatened by a regular customer. The harassment had been taking place since April. In that time, myself, Ross and Meghan had engaged in two conversations about this individual, as well as the specific difficulties I face as a gender nonconforming person in the service industry.”

In an anonymous interview with Philadelphia Magazine, the ex-employee describes the customer in question as “transphobic.” The ex-employee claims to have first told Function Coffee Labs owners about the harassment in an email July 12, later telling the owners in person about the customer’s derogatory comments, stating it had made work feel uncomfortable and unsafe.

“However, because this customer was a ‘regular,’ I was forced to continue interacting with him, but relied on my coworkers to serve him whenever possible,” the Facebook statement reads.

In the following weeks, the ex-worker said similar incidents of harassment with the customer occurred. In a meeting with the shop owners on July 27, the employee told Philly Mag, the customer had accused the former employee of making gay slurs and being “homophobic.”

“I had never made gay slurs or any disrespectful comments to him at all, and I never saw him enter with any friends,” the Facebook statement says. “However, Ross and Meghan asked me to apologize to him in order to ‘smooth things over,’ even though we all agreed that I had never made such slurs.”

“I highlighted the ‘harassment and discrimination’ section of the employee handbook and left it out for them to see when they returned,” reads the statement. After that, the ex-employee received an email on Aug. 10 from the owners firing the employee “effective immediately.”

Reasons cited for the firing included defacing the handbook, creating a hostile space, and not being friendly to customers.

On Aug. 17, co-owners Ross and Meghan wrote a Facebook post on the shop's page retelling their version of how the events leading to the ex-employee's termination unfolded. Though the original post has since been edited, Philly Mag secured two screenshots of it.

The owners wrote that it was not until Aug. 6 that they learned the employee felt threatened and unsafe.

“As we were out of the country for our wedding, we replied on August 10th asking [the former employee] to file a report to the police and stating that we would ask the customer not to return,” they wrote.

“We regret that we did not respond earlier and as a result, our employee was not sufficiently reassured in this matter. Since then, this particular customer has not entered our store but if they do, we will immediately ask them to not return.”

“In order to protect employee rights, we cannot disclose specifics about the incident in question. We can confirm that neither gender identity, nor this particular incident, was the reason behind our actions,” the updated statement reads.

“We want to turn this situation into a positive one and find a way to learn and grow from it. Furthermore, as a neighborhood shop that provides a safe and inclusive space for the community to congregate, we acknowledge our responsibility to make that space an inviting haven for everyone that walks through our doors.”