Despite slow start, Dr. Anthony Fauci remains 'confident' most Americans will be vaccinated by April 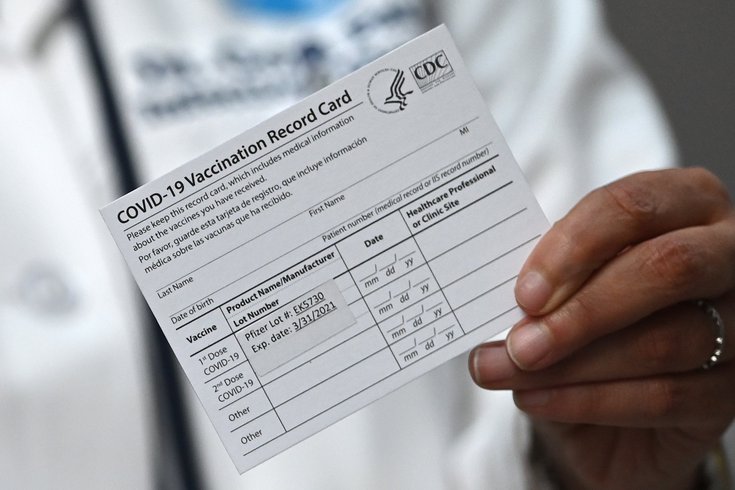 It would take 10 years to achieve herd immunity against the coronavirus at the current vaccination pace, an NBC report suggests.

Operation Warp Speed is off to a bit of a slow start.

Three million people need to be vaccinated every day to achieve herd immunity against the coronavirus by late June – the goal of the private-public partnership headed by Vice President Mike Pence, NBC News reported.

So far, about 2 million people have received their first shot of the vaccine. At the current rate, it would take nearly 10 years to inoculate enough Americans to bring the COVID-19 pandemic under control, the analysis shows.

In the Philadelphia area, 18,000 people have received the vaccine so far — mostly health care workers and some nursing home residents.

Dr. Scott Gottlieb, a former U.S. Food and Drug Administration commissioner and a Pfizer board member, said he doesn't think 20 million doses will be distributed by the end of the year — as originally promised.

"Georgia, for example, just started vaccinating nursing homes (Monday), and the vaccine has been on the market, right now — been authorized for almost three weeks," Gottlieb told NBC. "So we're late getting into some of these facilities."

President-elect Joe Biden criticized the Trump administration Tuesday for falling "far behind" its distribution plan, saying "it's going to take years, not months, to vaccinate the American people" at the current pace.

Pence defended the rollout, saying 20 million doses would be distributed by next week.

"Millions of Americans have been vaccinated and we are working with States every day to vaccinate millions more," Pence tweeted. "This is not time for playing politics!"

Operation Warp Speed is on track to distribute 20 Million doses of Coronavirus Vaccine by next week. Millions of Americans have been vaccinated and we are working with States every day to vaccinate millions more. This is no time for playing politics!https://t.co/KUKf1Szd0p

Dr. Anthony Fauci, the nation's top infectious disease expert, told CNN that "we certainly are not at the numbers that we wanted to be at the end of December." But he said he still was "pretty confident" vaccines would be available to most Americans by April.

Three other companies have COVID-19 vaccines in Phase 3 trials.

Earlier this week, Biden said he will compel companies to prioritize COVID-19 vaccine production for national security purposes by invoking the Defense Production Act when he takes office next month.

The White House stressed in statement that nearly 20 million doses have been allocated to states "for immediate delivery and administration." Each state is responsible for administering its allocation.

"Hundreds of millions of doses have been secured to be delivered over the months to come," the White House added.

Operation Warp Speed spokesman Michael Pratt told NBC "there is an expected lag between shots going into arms and the data being reported."

In order to get more people vaccinated, Dr. Carlor del Rio, chair of the Department of Global Health at Rollins School of Public Health, said more people need to be recruited to administer the vaccines.