Philadelphia may have suffered defeat on Sunday, but the Dallas loss was a consolation prize 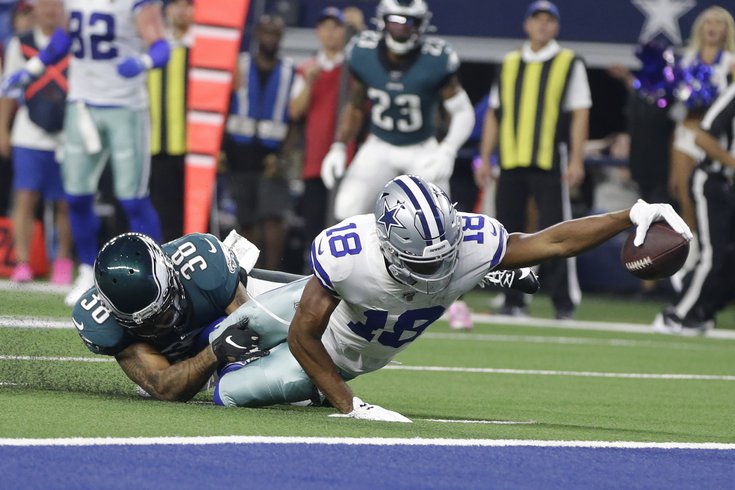 During a 2019 game, former Philadelphia Eagles cornerback Orlando Scandrick tackles ex-Dallas Cowboys wide receiver Randall Cobb. Scandrick, who was released by Philadelphia that season, made fun of the Eagles' 31-15 playoff loss to the Tampa Bay Bucs on Sunday, only to later watch Dallas crumble against San Francisco.

The Eagles managed to make the final score of Sunday's wild card playoff loss to the Bucs look respectable, but it's going to be hard to shake the memory of Philadelphia trailing 31-0 and Troy Aikman later saying he would have been much happier calling the Cowboys-49ers game in the late afternoon slot.

Hindsight being what it is, there was an advantage to the Eagles having their clocks cleaned first on Sunday. Immediately after the loss, the collective attention of Eagles fans shifted to Dallas, where the NFC East champs had a lot more riding on this season's outcome and much higher expectations for a deep playoff run.

Longtime Cowboy and brief former Eagle Orlando Scandrick has made it a hobby to rip the Eagles since the team released him early in the 2019 season, the latest in a series of Cowboys retreads who didn't pan out in Philadelphia. Scandrick has appeared semi-regularly on FS1's "Undisputed" with Skip Bayless and Shannon Sharpe, where he goes out of his way to bash Philadelphia and delight in any locker room drama affecting the team.

After Scandrick's release, he called GM Howie Roseman a "snake" and questioned the leadership of Malcolm Jenkins, who wasn't having any of that.

“We can’t have motherf***ers like that in the room.” - Malcolm Jenkins on Orlando Scandrick. #Eagles

Scandrick had been quiet for a while, but pounced on the opportunity to make fun of the Eagles as they were getting demolished by Tom Brady and the Buccaneers.

Can someone let the Eagles know that the game started at 1pm ET 🦅 pic.twitter.com/WtTxmHHdAC

So….anyone know where I can purchase tickets to the eagles game game next weekend?

Who said this was trash talk. Genuine question over here https://t.co/aH9c5CceCL

And then a few hours later, here was the scene in Dallas after they shrunk against the 49ers, falling 23-17.

Cowboys fans are RIPPING trash at their own players pic.twitter.com/Hw1ElvEvxv

Scandrick had nothing to say about the matter until late Monday morning, when he simply tweeted that NBA gif that basically says, "Well, damn."

The Cowboys now have 11 straight playoff appearances without reaching the NFC Championship Game, the longest such streak in NFL history.

If you dislike the #Cowboys and many do, this number with make you happy. Cowboys have now gone 11 straight playoff appearances without reaching their conference championship game. Here’s what makes this better. That’s longest streak by any team in NFL history! Always implode.

Shannon Sharpe should have fun with Scandrick and Skip the next time he makes it on the show.