The latest installment in the 'Rocky' spinoff introduces a new character, Damian Anderson, who returns after 18 years in prison. It hits theaters March 3 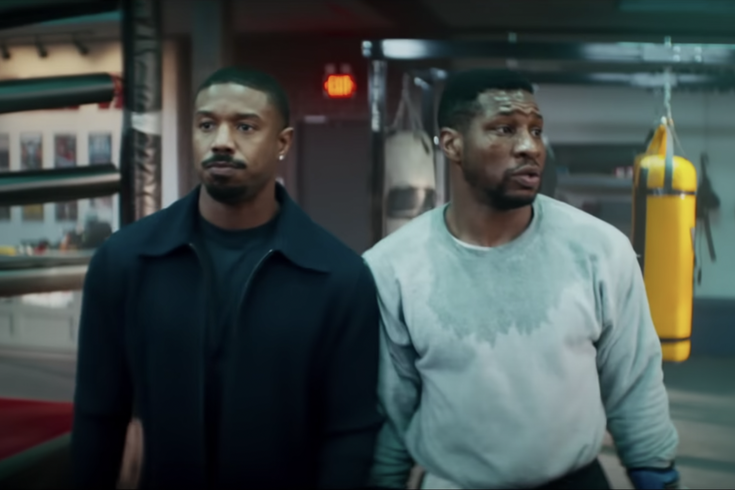 Newly released posters for "Creed III" left fans guessing what the plot of the "Rocky" spinoff would entail. Now, they're getting some answers.

MGM Studios released the first trailer for the film on Tuesday. Adonis Creed, played by Michael B. Jordan, appears to have it all – the fame, the riches, the beautiful wife and daughter. Then he runs into an old friend from his childhood, Damian "Dame" Anderson, played by Jonathan Majors.

What starts as an opportunity to rekindle an old friendship quickly turns into a case of a bruised ego and envy. Anderson, has just been released from prison after 18 years behind bars and is interested in getting his shot as a boxer. As he begins training, his relationship with Creed frays to the point that they meet up in the ring to settle their differences – an outcome teased in the posters.

The movie will be released March 3.

"Creed III" marks Jordan's directorial debut. In a Twitter post, he wrote "there is no film that has been more personal to me and no film I've felt more ready to steer.

In an interview with Collider, Jordan said that after more than 20 years in the film industry, it was the right time for him to evolve.

"I finally got to this place in my career where I wanted to tell a story and not just be in front of the camera to execute somebody else’s vision," Jordan said. It's a character that I've played twice before. It's been seven or eight years living with this guy. I'm telling a story of where I believe Adonis is at, and also at 35 years old, I had a lot to say, as a young man and as a young Black man, with my life experiences. I could actually share a piece of myself with the world, through these characters and through this story."

Jordan said he got advice from Ryan Coogler, the "Fruitvale Station" director who also wrote and directed the first "Creed" film, released in 2015. Coogler told him there's never a right time and encouraged him to go for it. So Jordan did.

Forging a relationship with Majors also was important, both as an actor and a director, Jordan told The Hollywood Reporter. He said they created a bond during the filmmaking process.

"It's my first time directing that relationship between director and actor," Jordan said. "I really understand that now, and it's a bond that will last forever. So just really lucky to have that gentleman by my side."

But one familiar face will be missing from the movie – Sylvester Stallone, who played Rocky Balboa in the original series and in the first two "Creed" films. However, Jordan teased that the movie will pay homage to Balboa, despite Stallone retiring the character.

Jordan broke through as an actor on the hit HBO series "The Wire," playing the role of Wallace, a teen caught in the crosshairs of the drug game. His film career took off after he played Oscar Grant in "Fruitvale Station." He has since played the role of Erik "Killmonger" Stevens in the historical Marvel film "Black Panther" and appeared in the "Creed" series.

Majors began to receive attention after appearing in "The Last Black Man in San Francisco," released in 2019. He followed that with roles in "Da 5 Bloods" and "The Harder They Fall." Majors also played the role of Atticus Sampson "Tic" Freeman in the 2020 HBO series "Lovecraft Country."

For his role as Anderson, Majors transformed his body. But he told Men's Health he built his body based on his character.

"There are certain reasons you build your body," he said. "Dame's was built from loss. He had lost something, and that hole is what made him work the way he worked."

Majors said pushed himself to the limit to sculpt his physique, waking up at 4 a.m. to train and working with Jamie Sawyer, a boxing and MMA trainer.

The "Rocky" series debuted in 1976 and concluded with the sixth movie, "Rocky Balboa," in 2006. The "Creed" spinoff follows Adonis Creed, the son of Apollo Creed, who died in "Rocky IV."  There also have been talks about a spinoff film focusing on Ivan and Viktor Drago.

The "Rocky" franchise has grossed more than $1.7 billion across the eight films.