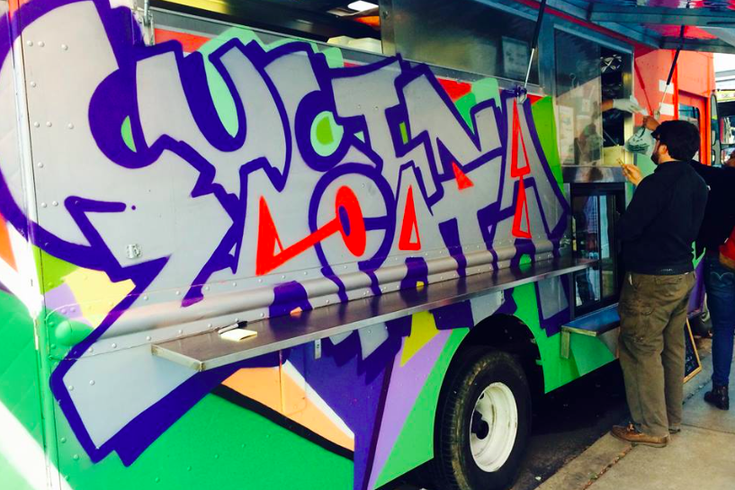 Cucina Zapata, located on 'Food Truck Alley' in University City, is an Asian Fusion restaurant serving up tacos, burritos and more. It was named the best food truck in Pennsylvania by The Daily Meal.

Going state by state, The Daily Meal has picked the best food trucks around the country, and while it's little surprise that a Philadelphia business would get the honor, the vast selection of trucks makes the final pick even more exceptional.

Here's what The Daily Meal had to say:

Cucina Zapata serves up Thai-inspired tacos and burritos, so you can go ahead and cross that one off of your food fantasy mash-up list. The menu is small but insanely creative and includes Thai short rib tacos, chicken satay tacos, a Cap'n Crunch tilapia burrito, a chicken katsu platter and a veggie burger. Toppings including avocado, cabbage and a variety of sauces to kick the flavor up to the stratosphere. One bite will definitely have you sold.

Located at 31st and Ludlow streets, Cucina Zapata has been around since 2011 and has consistently been touted among the best in the city, state and even the country.

Just three months after it opened, Cucina Zapata was entered into Philadelphia's inaugural Vendy Awards, where it received the People's Choice Award from a pool of more than 1,000 trucks. The Daily Meal previously ranked Cucina Zapata the ninth best food truck in the United States in 2017.

The food truck is open Monday through Friday from 11 a.m. to 6 p.m.