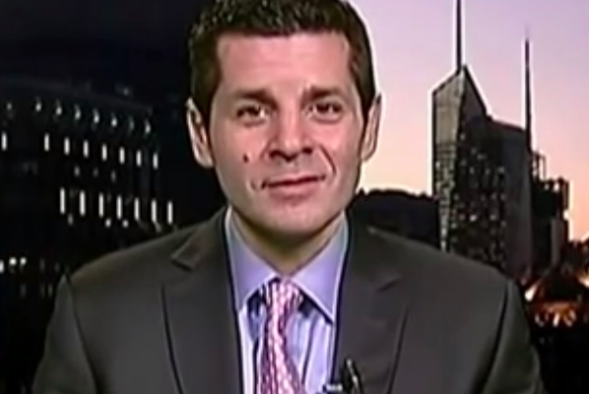 Dean Obeidallah, 49, of Paramus, New Jersey, received death threats after neo-Nazi website The Daily Stormer fabricated tweets to make it appear as though he had orchestrated the bombing of an Ariana Grande concert in Manchester, England in May 2017.

A New Jersey political comedian who was falsely accused of orchestrating the 2017 terrorist attack at an Ariana Grande concert in England by neo-Nazi website The Daily Stormer has been awarded $4.1 million, a federal judge in Ohio announced Wednesday.

In the aftermath of the deadly concert bombing in Manchester, Obeidallah wrote an article with the headline, “Will Donald Trump Ever Say the Words ‘White Supremacist Terrorism’?”

The The Daily Stormer viciously slandered the Paramus, New Jersey, native the next day, calling him an "ISIS mastermind" and fabricating tweets to make it appear that Obeidallah was taking credit for the terrorist attacks. Obediallah subsequently received death threats.

Anglin is facing another lawsuit from a Jewish woman targeted by his website and is believed to be in exile, possibly in Cambodia. He did not testify in court in the Obeidallah case. The Daily Stormer, meanwhile, has been banned by both Google and GoDaddy.

Obeidallah said he plans to donate the money to organizations that combat bigotry.

Pleased to announce a federal judge today entered a $4.1 million judgment against the Neo-Nazis at The Daily Stormer for smearing me as a terrorist and inciting death threats. Any $ I collect will be donated to organizations that fight hate. The goal of this lawsuit is to send...