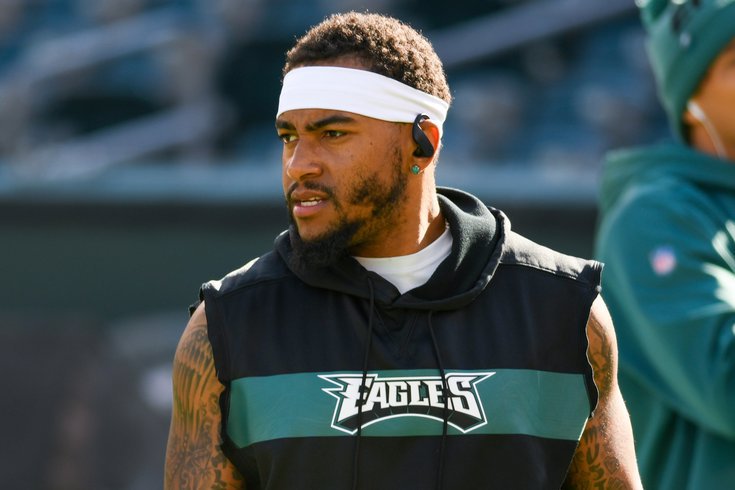 Philadelphia Eagles wide receiver reacted sharply to SportsRadio 94WIP host Angelo Cataldi after he tweeted a request for athletes to stop posting statements about civil unrest in the United States.

Philadelphia Eagles wide receiver DeSean Jackson took strong exception to a tweet this week from SportsRadio 94WIP morning host Angelo Cataldi, who asked athletes to turn their attention away from civil unrest and back onto sports.

Cataldi tweeted Wednesday that he'd like to see the conversation in the sports world return to sports, which are not being played currently because of the coronavirus pandemic.

Lots of strong political statements yesterday from sports figures. OK, great. Is it too soon to ask — very politely — for all of these people to focus now on what they do best? The anger in America might just calm down a bit if we all had a game to watch.

Jackson, who has taken on a leadership role during his second stint in Philadelphia, called the veteran WIP host out of touch with the reality of the social and political climate that has driven athletes to use their platform over the past week.

It’s people like you who have no respect & no clue of what’s going on. Use your voice for the influence of power, & help what’s going on in our society. before you speak on this serious topic !

I think you need to watch your mouth & fix your hands to tweet something positive about what’s going on in our world and community’s for positivity and help change the narrative!!

During a virtual team meeting this week, Jackson spoke in depth about how police brutality and racial oppression have shaped his life and impacted black communities. In an extensive interview with John Clark of NBC Sports Philadelphia, Jackson said he's become more concerned in recent years, particularly as a father.

"It’s a different fear I have now. The fear I had in the past was I have a chance of probably going to jail, I have a chance of (police) searching my car and planting some drugs or planting a gun," Jackson said. "But now what I’m seeing is police killing. In the past five years or however many years it’s been, man, it’s hundreds and hundreds of killings. Senseless killings. I’m worried for my kids more than when I was growing up."

DeSean Jackson says “we need real change” . “God made everybody equal. You and me. What color do you bleed? I bleed red. No one is different” . Candid Conversations about Race tonight on @NBCSPhilly 10-11pm . 1on1 with @0ne0fone and @bbrooks72nbcs @therealdgunncsn with @sack_55

Jackson also praised his teammates — including Carson Wentz, Zach Ertz and Jason Kelce — for "stepping up to the plate and saying fair is fair and right is right and wrong is wrong."

Cataldi has not tweeted again since Wednesday's remarks.

Athletes have lives outside of sports. They, like everyone else, are living through the profound national impact of George Floyd's brutal death in the custody of Minneapolis police.

Everyone misses sports, including the players, every bit as much as Angelo, but if you have to qualify a request like his with the word "politely," it's a good sign you're missing the mark even more than the sports.