The vegetable-focused chain will be in Rittenhouse, adding another lunch time opportunity for grain bowls and salads 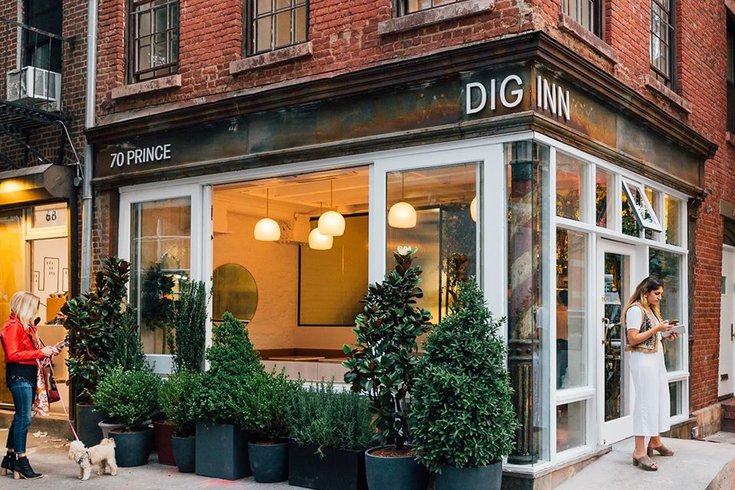 Dig has its restaurant in Philadelphia at 1616 Chestnut St. The fast-casual chain's newest location opens on Tuesday, Jan. 7, 2019. Pictured above is one of Dig's New York City locations.

The New York-founded, fast-casual restaurant chain Dig, with over 30 locations in NYC and Boston, is opening its first Philadelphia location this week in Rittenhouse.

On Monday, Dig was open for “We Dig Philly Day” where the company donated all proceeds to charity, and on Tuesday the new Philadelphia location will have its official opening day, beginning 11 a.m. at 1616 Chestnut St.

Formally known as Dig Inn, the vegetable-forward restaurant had opened its Philadelphia doors for several community days last December, where it dished out free meals to big crowds.

Dig is known for its salads and bowls that can be cooked fresh and ordered to go, similar to other popular fresh-food chains like Sweetgreen, Just Salad, and Chop’t.

The company boasts about its lack of any can openers, freezers or microwaves, and its commitment to sourcing food from local, organic farms. Some example options from Dig’s menu are organic maine farro, wild broccoli with lemon, and charred brussel sprouts with honey-chili oil.

Founded by Adam Eskin in 2011, the chain first partnered with farmers in Upstate New York, where the company now owns its own farm. Since opening, Dig gained the attention of legendary restaurateur Danny Meyer, of Shake Shack and Union Square Cafe, who became an investor.

Long-time Philly alumni will lead the Rittenhouse location: Anthony Gargano of Hungry Pigeon and Di Bruno Bros. will be chef de cuisine, along with Lenin Tello, and Josh Jastrzembski of Savona and Verdad will be chef operator.