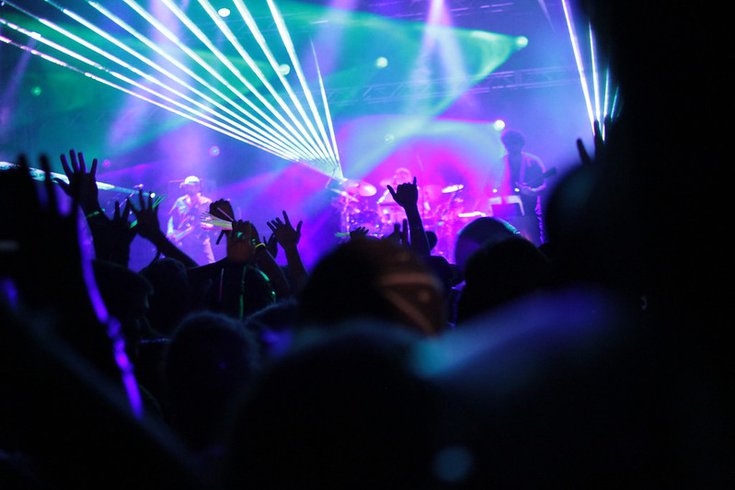 The Disco Biscuits will perform a virtual concert from inside an empty Citizens Bank Park Stadium on Tuesday. The show benefits PLUS1 for Black Lives.

The Disco Biscuits will perform a concert Tuesday at Citizens Bank Park, but no one will be in the stands. Instead, viewers will be sitting at home, watching the Philadelphia jam band on their screens.

The virtual concert, dubbed "Take You Out to the Ballgame," will benefit PLUS1 for Black Lives, a nonprofit organization that aims to transform the criminal justice system and empower black communities. The show is free to watch, but viewers will be encouraged to make donations during the livestream.

Due to the ongoing coronavirus pandemic, attendees are urged not to gather outside the South Philly ballpark. A message posted to the event's Facebook page reads, "Enjoy the show from home: PLEASE DO NOT come to Citizens Bank Park."

Streaming will begin at 7:45 p.m. on several different platforms, including the YouTube and Facebook pages of The Disco Biscuits, Phillies and Live Nation.

Philadelphia remains in the yellow phase of Pennsylvania's reopening plan. Large gatherings, including in-person concerts, are not permitted during that phase. Outdoor gatherings will continue to be restricted to a 50-person limit once Philly moves into the green phase.

Spend your Tuesday night with us and @disco_biscuits to raise money for the PLUS1 for Black Lives fund! 🖤 https://t.co/8Jq5HXOdsa

The funds raised by the concert will benefit the PLUS1 for Black Lives Fund, which the nonprofit recently developed "to fight against anti-black racism and violence in the U.S." The fund provides grants to other nonprofits, including The Equal Justice Initiative, Impact Justice and The Bail Project.

The Disco Biscuits, one of many long-running jam bands from the Philadelphia area, have released more than a dozen albums since forming at the University of Pennsylvania in 1995. The band's music blends a variety of genres.