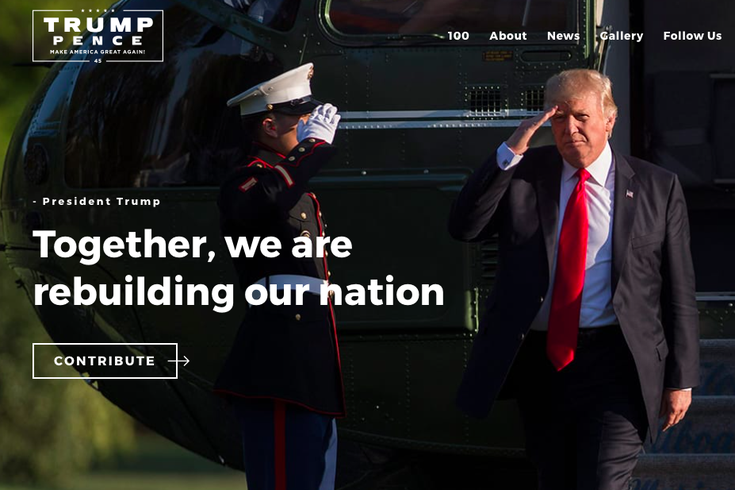 Less than four months after President Donald Trump took over the White House, the administration is already shifting back into campaign mode, if it ever actually left.

There's a new website to prove it. Billing itself as a "one-stop" destination to learn about the president's accomplishment, the site calls for contributions from supporters to fund the 2020 reelection effort.

"Donald J. Trump is the very definition of the American success story, setting the standards of excellence in his business endeavors, and now, for the United States of America," the website proclaims.

One page on the website, "First 100 Days: The Truth Mainstream Media Refuses To Tell," hammers on Trump's insistence that the mainstream media has deliberately distorted his early days in office. Another page features a video about Cali-Fame Headwear, the American manufacturer that produced the president's red "Make America Great Again" hats.

Other features include a gift shop with a special section for Mother's Day.