The candidate says he has maintained his dual citizenship to care for his mother, who lives in Turkey and has Alzheimer's disease 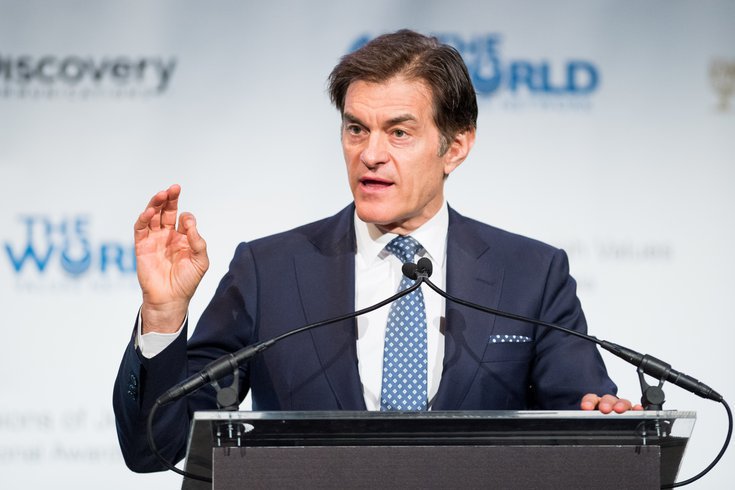 Mehmet Oz is running for the U.S. Senate as a Republican in Pennsylvania in 2022. He promised to renounce his dual citizenship in Turkey if elected.

Dr. Mehmet Oz has come under scrutiny for his dual Turkish citizenship during his campaign for a U.S. Senate seat in Pennsylvania.

In response, the former TV personality, whose parents were immigrants from Turkey, pledged to renounce his Turkish citizenship if he wins the election, FOX News reported.

David McCormick, who is also seeking the Republican nomination, had been pressing Oz on the issue in recent weeks.

"My dual citizenship has become a distraction in this campaign," Oz said in a statement Wednesday. "I maintained it to care for my ailing mother, but after several weeks of discussions with my family, I'm committing that before I am sworn in as the next U.S. Senator for Pennsylvania I will only be a U.S. citizen."

Oz's mother currently lives in Istanbul, Turkey's capital, and is suffering from Alzheimer's disease. Though Oz was born in Ohio and raised in several places in the U.S., he served in the Turkish Army after graduating from college in order to maintain his dual citizenship.

Before Oz released his statement, McCormick had held a press call with with U.S. Sen. Dan Sullivan, R-Alaska, who suggested that Oz may not be given full access to intelligence as a dual citizen.

But unlike officials at federal agencies, Congress members do not need to receive a traditional security clearance. Rather, they are considered inherently trustworthy because they were elected to the office.

There's also no rule barring senators from being dual citizens. They're simply required to be 30 or older, live in the state they represent at the time of the election and have been a U.S. citizen for at least nine years.

But that doesn't mean a potential Oz victory wouldn't be historic or that his ties to Turkey are insignificant.

If he wins, Oz would be the first U.S. senator to have served in a foreign military. In addition to his family connections, Oz also has ties to business and political circles in Turkey. And Concerns have been raised that Turkey's President Recep Tayip Erdogan could use Oz's ties as leverage to influence his decision-making.

Though Turkey has been a member of NATO since 1952, its relationship with the U.S. has soured in recent years. It has become less aligned with the U.S. and its foreign policy goals under Erdogan, who was elected in 2014.

Erdogan has not been shy about going after foreign dissidents in the past, including former NBA player Enes Kanter Freedom, but Oz has not been afraid to take on the Turkish leader in his campaign rhetoric.

That includes supporting Fethullah Gulen, a prominent Turkish opposition leader who fled the country in 1999 and settled in the Poconos. The religious and political movement he led in Turkey was outlawed as a terrorist group by Erdogan, who blamed it for a failed coup in 2016. An arrest warrant was issued for Gulen that year.

"Gulen cannot be touched," Oz told the Washington Post. "He will stay in Pennsylvania."

Oz has chalked up most of the criticisms of his dual citizenship to xenophobia.

"The bigoted attacks my opponent Dave McCormick has made against me as the child of immigrants are reminiscent of slurs made in the past about Catholics and Jews," Oz told the Hill.

But McCormick has not retired his rhetoric about Oz's ties to Turkey. After Oz's announcement Wednesday, McCormick tweeted that Oz should renounce his dual citizenship immediately.

Do it now. Voters can’t trust Mehmet Oz. He has lied about his position on abortion, the 2nd Amendment, immigration, masks, and Fauci to name a few. Renounce your Turkish citizenship now. We won’t be fooled again. https://t.co/be6oBTNF0D

A Fox News poll from earlier this month found McCormick is supported by 24% of voters, making him the front-runner. Oz was polling in second place, with 15%. Still, 31% of voters said they remain undecided.