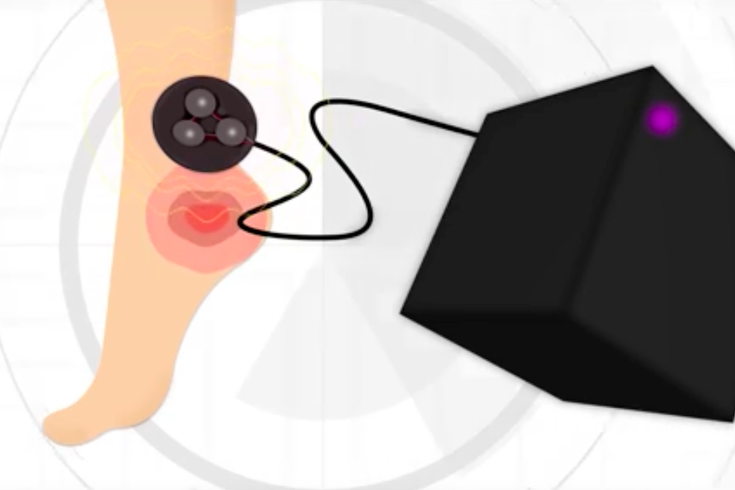 Drexel researchers have secured millions in federal funding to test a ground-breaking, new treatment for chronic wounds, an ailment that annually affects millions of Americans.

The group has developed the world's first portable, battery-powered applicator that heals wounds with low-frequency ultrasound. Sound waves are sent directly to the affected area to speed up the healing process.

Drexel University announced this week that the National Institutes of Health has awarded the research team $3 million to cover the cost of the next phase of analysis. The team will test the method on 120 patients during the next five years.

Dr. Peter Lewin, the team's principal investigator, asserted that the treatment is unlike any that is currently used. “If we can prove this is effective for a large group of patients, then we have the potential to solve a very costly and debilitating health problem,” he said.

Chronic wounds affect approximately 6 million people nationwide and cost an estimated $20 billion to treat each year, according to medical officials. The most common causes are blood clots, aging, obesity and injury. However, the wounds are most dangerous for people with diabetes.

Currently, the primary method for treating wounds involves wrapping the area to keep moisture in place and relying on visiting nurses to check on progress, which keeps costs high.

Drexel engineers and clinicians hope the device, which could one day be worn on the body, significantly reduces health care expenses.

The gadget has already proven effective during a limited trial in 2013. In that test, 20 patients' wounds were tracked over a four-week span, and analysis showed that the five patients who received the treatment healed 15 percent quicker per week.

The upcoming test will monitor 120 patients over a 16-week period.