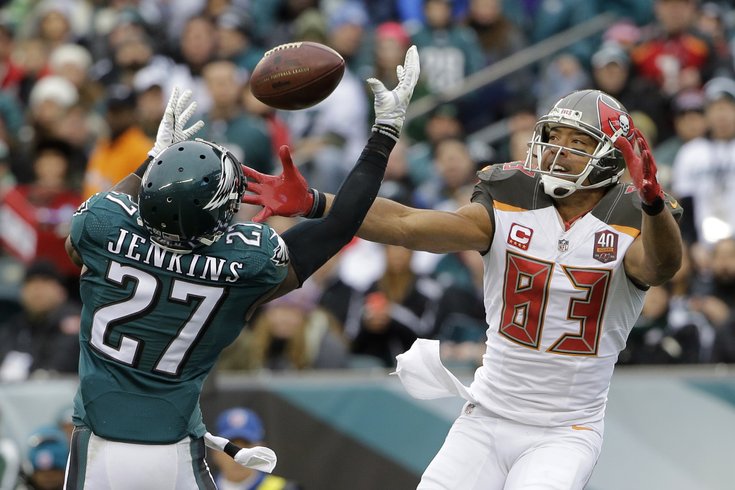 Malcolm Jenkins is one of the best safeties in the NFL.

A few months ago, Eagles defensive coordinator Jim Schwartz said that the Eagles may have one of the best safety tandems in the NFL by the time the season is over. He may actually be underselling them.

Like they do along their defensive line, the Eagles have a major strength at the safety position. Let's look at the players individually.

Jenkins is, in my view, the second best player on the entire roster, and one of the best safeties in the NFL. He can hit, he can cover slot receivers man-to-man, he can play centerfield in single-high looks, he's an instinctive player, and he's considered one of the leaders in the locker room. If only he could catch the football!

McLeod will start opposite Jenkins, and while he is only 5'10, 195, which is less than ideal, he plays bigger than his size. From 2013-2015, when he was a three-year starter, McLeod had 233 tackles, 18 pass breakups, 5 interceptions, and 7 forced fumbles. As you might expect from a smaller safety, he has good range. Here's McLeod in 2014 against the Broncos. He was actually called for a hit on a defenseless receiver on this play, but watch his ability to get to the sideline from his center field position:

A couple weeks ago, we noted that Countess is a lot like McLeod, in that they are both small players who play bigger than their size.

While Countess is a hair under 5'10, he is more than willing to stick his nose in, fight through blocks, and make tough tackles. For that reason, the Eagles have been lining Countess up at safety through OTAs and minicamp.

Countess' and McLeod's measurables (coming out of college) are incredibly similar:

Under the new coaching scheme, the Eagles clearly don't care if their safeties are a little smaller than ideal, as long as they can cover like corners and play with a physical demeanor. McLeod went undrafted when he entered the league in 2012, while Countess didn't come off the board until the sixth round. The Eagles will be thrilled if Countess' career path mirrors McLeod's.

Maragos is of course a special teams extraordinaire, and a near lock to make the roster. A season ago, Maragos played 304 snaps with the regular defense, so he does have experience playing on the back end in Philly. He's not going to make many plays on the defensive side of the ball, but he's a competent defender who will do his job in a pinch.

Reynolds was a fifth round pick in 2014, and failed to make final cuts coming out of training camp both in 2014 and 2015. He spend the entirety of the season in 2014 -- and the first 10 games of 2015 -- on the Eagles' practice squad. Reynolds was called up to the 53-man roster for the final six games of the season in 2015, and his highlight was a game-sealing interception against the Buffalo Bills. For the third straight year, Reynolds will be on the bubble.

Watkins has positional versatility, but he'll get his first look this season under Schwartz at safety. Watkins made the 53-man roster in 2014, but was cut after training camp in 2015. He was picked up by the Bills and landed on their practice for 12 games, before the Eagles re-signed him to their 53-man roster for the final five games of the season. Like Reynolds, Watkins is once again on the bubble.