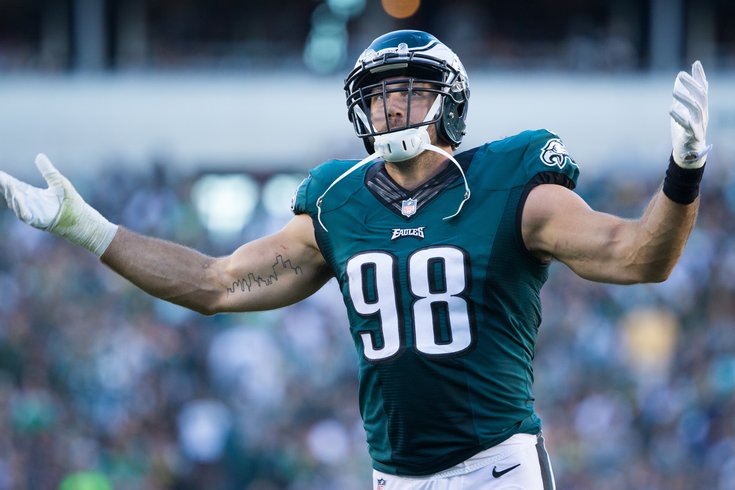 Former Eagles defensive end Connor Barwin is coming back to Philly — only this time as a member of the front office.

The Philadelphia Eagles announced that former edge rusher Connor Barwin will be returning to the team in a front office capacity, working directly under general manager Howie Roseman.

Barwin's role, via the Eagles' announcement:

The announcement notes that Barwin was in attendance during the East-West Shrine Game practices this week, and he will also attend the Senior Bowl in Mobile, Alabama next week.

Of course, Barwin played for the Eagles from 2013 to 2016, collecting 211 tackles and 31.5 sacks. In his time in Philly, he became a fan favorite partly for his play on the field, but also for his charitable work off the field.