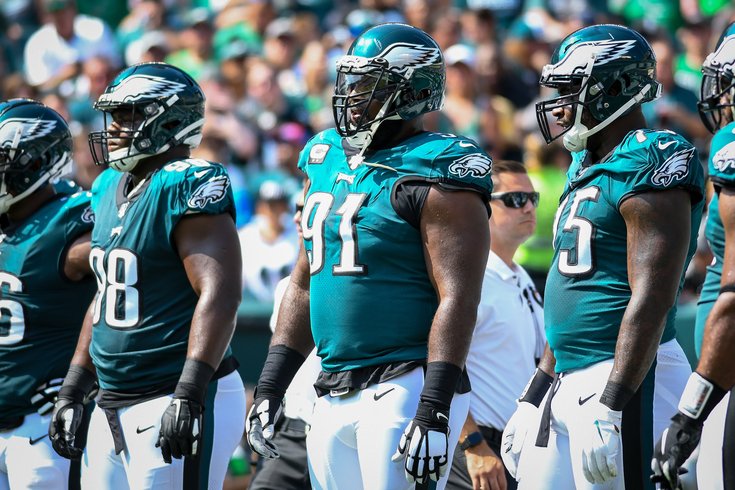 Fletcher Cox and Co. will have a new coach (again) next season.

The Philadelphia Eagles do not appear finished evaluating and overhauling their coaching staff, as the team has parted ways with defensive line coach Phillip Daniels after just one season.

Daniels revealed the news of his departure via Twitter on Friday afternoon.

Daniels’ departure from Philadelphia now gives the Eagles four coaching hires to make this offseason. The Birds are also in need of a new offensive coordinator and wide receivers coach after Mike Groh and Carson Walch were let go last week, as well as for a new defensive backs coach following Corey Undlin’s exit earlier this week for the defensive coordinator opening with the Detroit Lions.

The Eagles will now have their third defensive line coach in as many years. A former defensive end for the Seattle Seahawks, Chicago Bears, and Washington Redskins from 1996-2010, Daniels joined Philadelphia as an assistant defensive line/defensive quality control coach in 2016.

The 46-year-old Daniels served in the role for three years before being promoted in 2019 and replacing Chris Wilson.

After leading the NFL in sacks in 2018 with 36.5, the Eagles' defensive line had 33 sacks in 2019 while overcoming various injuries during the season.