"I have no bad blood with Tennessee. I'm moving forward. I'm happy to be here." 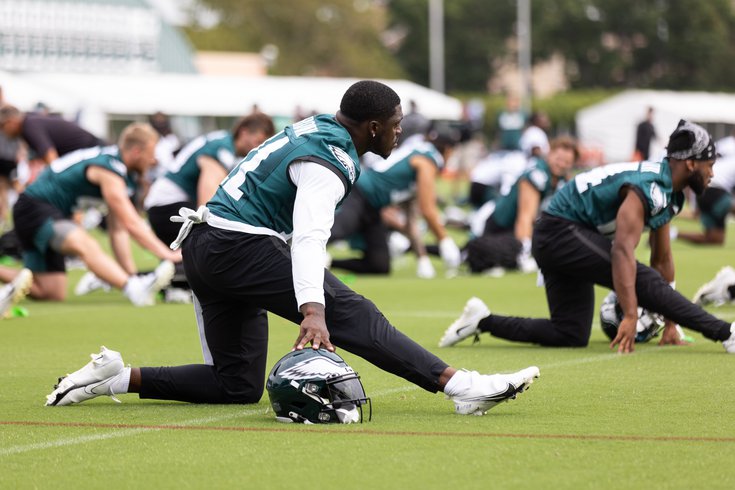 A.J. Brown is never afraid to set the record straight.

At the start of training camp, he came to Jalen Hurts' defense following a report from earlier in July that the second-year starting QB had struggled back at OTAs.

Then on Thursday after practice, he cleared the air about his exit from Tennessee, saying there was "no bad blood" after he noted earlier on Twitter that of all the major receivers to get new contracts this offseason – Washington's Terry McLaurin, Seattle's DK Metcalf, and San Francisco's Deebo Samuel – he was the only one that was traded.

"You know, it's a business, and I'm not upset about the trade or anything because it is a business or whatever," Brown told the NFL Network's Tom Pelissero and Shaun O'Hara (via NFL.com). "But to be honest, I just didn't appreciate how it all went down, and they just kind of blamed me for it.

"I'm man enough to say that, however people may take it. But I have no bad blood with Tennessee. I'm moving forward. I'm happy to be here. But (there are) a lot of things people don't know about, and they're just pointing fingers at me. But that's OK."

We were asking #Eagles WR A.J. Brown about his new QB … and then Jalen Hurts crashed the party. @nflnetwork @shaunohara60 pic.twitter.com/fEDgQ9zvCw

Brown was traded to the Eagles at the draft back in April and signed a four-year, $100 million extension after three highly productive seasons with the Titans, which included a Pro Bowl selection in 2020.

Brown and the Titans did have talks about a new contract, but negotiations never reached a point where the two sides could agree.

The 25-year old wideout told ESPN afterward that the path that led to the trade wasn't his fault, that the Titans' offers were too low, but it wasn't a clean break regardless.

Brown heard it from Titans fans and did end up having to cancel a youth camp he was still set to host in Tennessee citing that his peace felt 'threatened.'

So far though, Brown's been taking nicely to Philadelphia. He's impressed in camp, is embracing the fans (and vice versa), and has clear chemistry with Hurts.

The Eagles play the Titans this season at the Linc Week 13 on December 4.