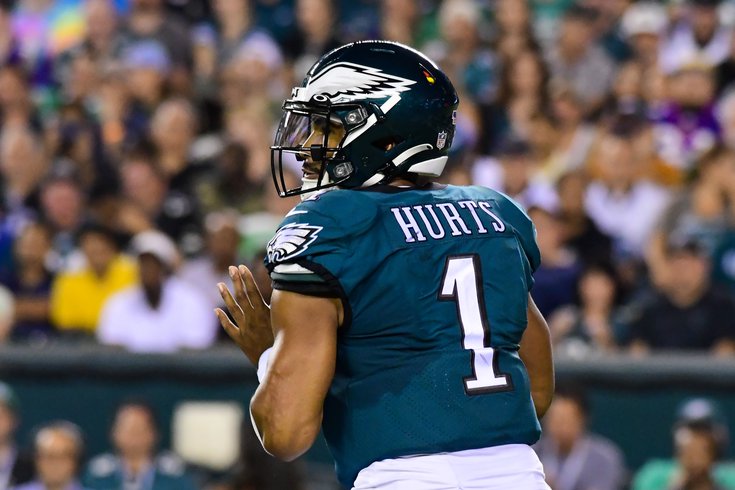 After a Monday Night Football affair that saw the Cowboys win on the road against the previously 2-0 Giants, the Eagles are the lone undefeated team in the NFC at 3-0. If the postseason started this weekend (it obviously doesn't), here's what the NFC playoff picture would look like:

Are three NFC East teams making the playoffs? I could not imagine so, but if either of the Giants or Cowboys won in this hypothetical scenario, the Eagles would host them in their first postseason game. The Eagles haven't hosted a divisional rival for a playoff game since the Wild Card round of the 2006 playoffs, a 23-20 win over the Giants. It was Jeff Garcia's lone playoff win for the Birds.

Looking at numbers from PennStakes, 75.4 percent of teams to start 3-0 have made the postseason since 1970. If you want to throw cold water on an Eagles fan, the 2016 Eagles are one of those 3-0 teams to not make the playoffs. Additionally, 54.5 percent of Super Bowl-winning teams since 1977 started 3-0. The 2017 Eagles, for reference, only started 2-1 before eventually hoisting the Lombardi Trophy.

The Eagles are the last undefeated team in the NFC, but one also remains in the AFC: the Miami Dolphins.

Just to have some fun with it, a potential Eagles-Dolphins Super Bowl would feature former Alabama teammates Jalen Hurts and Tua Tagovailoa facing off. During the 2017 College Football Championship, Hurts was benched in favor of Tagovailoa, as the latter quarterback helped spark the Crimson Tide and lead a come-from-behind, overtime win over Georgia.

That matchup would have a lot of juice!