Eagles power ranking roundup, before the start of the regular season 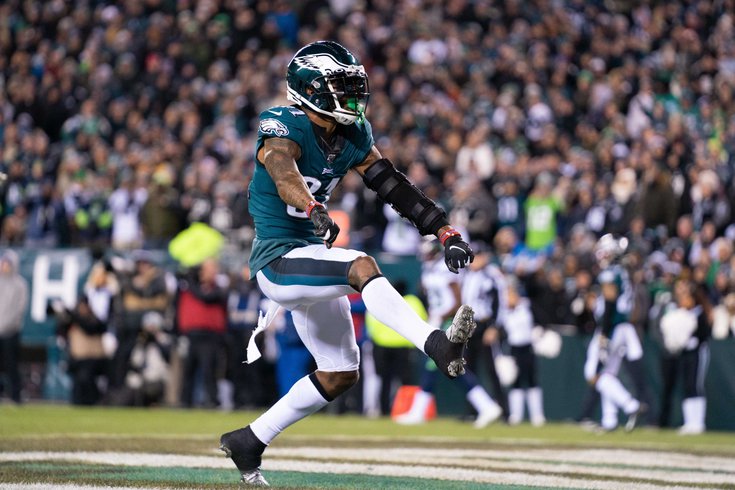 The Eagles' secondary was a commonly cited concern of the national guys. (Personally, I think they'll be improved there.)

Here's where people around the country have the Eagles ranked prior to the 2020 regular season. Oh, and here's our sellout version of power rankings, too.

The Eagles' offensive line is a question mark for the first time in a long time. Philadelphia lost its second starter to injury this offseason when left tackle Andre Dillard went down with a torn biceps in training camp. He joins standout guard Brandon Brooks (Achilles) on the sideline. They got good news this week when Jason Peters, 38, told the team he would move from right guard back to his old post on Wentz's blind side. While that is the best solution for now, it's fair to wonder whether Peters will hold up for the full 16-game slate. Wentz had his season cut short each of the past three years, and he needs the front to hold up.

The Eagles have ranked very highly in this poll, dating back to before last season. Our voters clearly expect them to be better than the injury-depleted squad we watched last year.

#JimmySays: 5th?!?!? Also, are they not already injury-depleted?

I think many are sleeping on this team. They were a playoff team in 2019, despite a brutal injury list. Carson Wentz will get back to playing at an MVP level.

#JimmySays: It feels like the national guys are more into the Eagles than the locals.

The foundation of Doug Pederson, Carson Wentz and Jim Schwartz gives the Eagles a high floor. They are probably one more injury away on offense from being in big trouble. But if DeSean Jackson stays healthy or if Jalen Reagor can make an impact as a rookie, they can be a lot better than last year. Defensively, the line has a chance to be special with Fletcher Cox, Brandon Graham, Javon Hargrave, Derek Barnett and Malik Jackson. Pederson has gotten the most out of his talent over the last three seasons. The Eagles have holes in the secondary and at linebacker, but this is a team that should get back to the postseason for the fourth straight year.

JimmySays: Yeah, that ranking and analysis all sounds about right. (Checks byline)... Oh, it's Sheil.

Vulnerability continues to be a trait connected to the wide receivers room. Alshon Jeffery avoided the PUP list, but stands a good chance of missing the first month of the season as he recovers from foot surgery. The now obligatory summer praise aside, DeSean Jackson (33) has passed the stage where he can be trusted to stay on the field. First-round pick Jalen Reagor is sidelined after suffering a slight tear in his shoulder in the last week of camp. It will be on the likes of J.J. Arcega-Whiteside and Greg Ward to keep this group competent and allow Carson Wentz to make this offense go. We remain a tad skeptical.

Offensive line already in disarray and receivers banged up, too. Good luck with all that, Carson ... (and, FWIW, Wentz has also missed practice).

#JimmySays: Wentz is fine, lol. Some of the teams ahead of the Eagles here:

The Philadelphia Eagles have enjoyed plenty of success under head coach Doug Pederson. They won the NFC East last year and brought home the franchise's first championship with a win over the Patriots in Super Bowl LII.

However, injuries could upend them in 2020.

"The Eagles usually find ways to overcome every situation since Doug Pederson became the head coach, but left tackle Andre Dillard's season-ending biceps injury adds uncertainty along a usually reliable offensive front," Sobleski said. "Now, the team has to hope aging veteran Jason Peters has one more good year left in him after he was originally set to move to guard in 2020."

It isn't just Dillard, either. Rookie wide receiver Jalen Reagor won't be ready for the start of the regular season after suffering a labrum injury. Neither will veteran wideout Alshon Jeffery. Running back Miles Sanders appears to be a go for Week 1, but he's missed practice time as well.

The Eagles are banged up along the defensive line, and both the linebacker corps and secondary (outside of Darius Slay) are shaky.

All of that is working against the Eagles before the season even starts.

#JimmySays: It's funny to me that this entire entry focuses on injuries, and they omitted the costliest one (Brandon Brooks).