Mailbag: What roster moves are on the way for the Eagles this week? 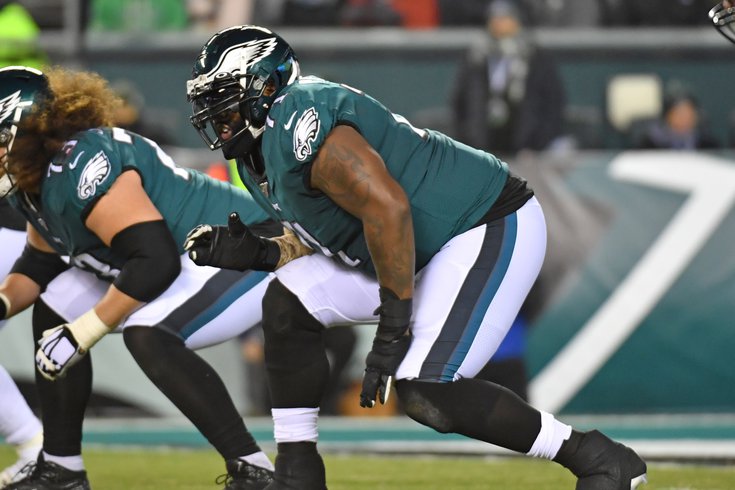 In our Eagles chat last Wednesday, there were a lot of questions that we could not get to in time or other questions we did answer but could use more color. And so, let's do a mailbag post to answer some of the overflow, as well as some commonly asked questions on Twitter and via email after the Philadelphia Eagles made their final cuts.

1) I believe they will sign OT Cordy Glenn. We did a film analysis of his game on Saturday, and while he’s not a perfect answer, he’s a decent enough fit, and you can get by with him at LT, whereas you cannot with guys like Matt Pryor or Jordan Mailata, in my view. The other addition should be at corner. The guess here is that they bring Cre’Von LeBlanc back.

2) First, I’ll note that they don’t have to call up anyone. The Eagles will only do that when they have to, because they’re limited to two call-ups per player during the season. The third time they call a player up, that player either has to stay on the 53-man roster or go through waivers before they can go back to the practice squad.

Because three of their receivers – Jalen Reagor, Alshon Jeffery, and Quez Watkins – will be out Week 1, I think that a Deontay Burnett call-up would make sense. He would be the only logical Week 1 call-up, in my opinion.

Question from 800Level: If the Eagles sign Cordy Glenn, is he the starting LT, or is it JP?

While I believe that Glenn makes sense for the roster and could fill in at LT competently, I believe that it would be crazy for anyone other than Peters to start at LT Week 1. Pryor is not an answer, Mailata is not an answer, and I would not feel comfortable at all signing a guy less than one week away from the start of the season, and asking him to protect the blindside of my $130 million quarterback.

Question from Spongeworthy: Luckily for all here I am not the coach, but if Howie refuses to pay JP, I would move Lane to LT and put in Driscoll at RT.

This is something of a popular solution that I’ve seen, but it’s not going to happen. The difference between LT and RT isn’t like what it was back in the day. In my view, there isn’t a huge difference in the importance of those two positions. Yes, the LT protects the blindside, however, most of the best pass rushers in the NFL tend line up more often against opposite the RT.

If you look at the list of guys Lane has had to face over the last few years, it really has been a murderers row of quarterback killers. If you move him to LT, you’re making Lane a less effective player, and you’re experiencing a huge dropoff from Lane to Driscoll (or whoever else you might fill in) at RT.

Question from Hamdaddy: I see the Eagles as clearly better than Washington, but their defensive line terrifies me, especially in light of the recent issues Philly has had with their offensive line. What are your thoughts on Washington’s chances for an upset Week 1 because of a porous Eagles offensive line?

There’s no question that’s the biggest concern heading into Week 1. One of the underrated things about the Eagles and their ability to contend is that Doug Pederson knows what he is doing, and has made due with a whole assortment of injury issues over the last three years, adjusting on the fly.

I think you’ll see a lot of screens, misdirection plays, boots, and other types of plays designed to slow down the pass rush. And of course, the Eagles will have Miles Sanders to rely on in the run game. They should be able to find enough success to outscore what is looking like a really bad Washington offense.

The final 53-man roster is strange to me. Why keep so many special teams guys like Alex Singleton, Rudy Ford, Marcus Epps, and Craig James?

I would say that only Ford and James were kept for their special teams prowess. I agreed with keeping James, because he might be the best special teamer on the team, but Ford was unimpressive last season.

I believe that Epps made the team because Will Parks got hurt, and they felt that Epps was the best remaining option as the third safety in the short term, over K’Von Wallace. Similarly, they surely believe that Singleton is more game-ready than the two linebacker rookies, Davion Taylor and Shaun Bradley.

Question from Bird Gang: Assuming no injuries, which players are they likely to sign to extensions during the year. I'm thinking Nate Gerry, Jalen Mills, and Cameron Johnston are the prime candidates.

The idea that the Eagles are in some sort of cap hell has been beaten to death locally, and while they’ll have some challenges to simultaneously (a) get under the cap, and (b) find ways to improve the roster, the one thing that often gets lost is that they don’t have many key players set to become free agents next offseason.

Their unrestricted free agents-to-be are as follows, in order of 2020 pay:

Gerry is certainly a candidate, if he plays well early in the season, as is Mills. The other guy who makes sense, though maybe not until next offseason, is Derek Barnett, who is set to play on a fifth-year option number of $10,051,000. Some are understandably down on him, since he’s hurt again, but if he has a productive season, giving him an extension and lowering that 2021 cap number of his will be a no-brainer.

And then there's Zach Ertz, who the Eagles have talked to about a contract extension since last season. They reportedly made a low-ball offer to Ertz recently, and talks quickly broke down. Ertz has been a great player for the Eagles, but the Eagles' heads are in the right place there. They really have no need at all to rush to give Ertz substantially more money, as we have noted previously.