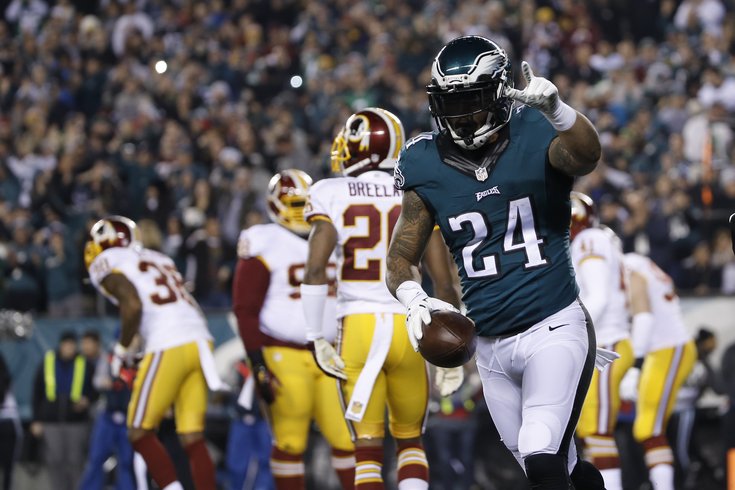 Ryan Mathews celebrates being the less desirable option to trade.

When the Eagles traded DeMarco Murray on the first day of the new league year, they were open to trading either Murray or Ryan Mathews. However, even with Murray now gone, rumors have persisted that Mathews remains on the trading block.

According to Howie Roseman, Mathews is a key player for the Eagles.

"We’ll listen to anything," said Roseman. "That’s our job, that we’ll listen to anything, but when we looked at that position going into the offseason, we said that if we had a chance to get value for one of those guys - because we felt like we had three front line guys and then some young players that we wanted to develop - we did that with DeMarco. As we sit here now, (Mathews) is a big part of our team."

The Eagles got "value" in the form of moving up 13 spots in the fourth round by trading Murray, but the real value was in getting rid of Murray's terrible contract. Because Mathews has a far more palatable contract and was clearly a more effective runner last season, the Eagles probably could have gotten a better return for Mathews, although still likely not a whole lot.

Losing Mathews at this point would leave the cupboard bare at running back, so trading him wouldn't make much sense, despite reports to the contrary. The Eagles could certainly change their mind depending on what direction they go in the draft.

Earlier in the day, Roseman hinted that Ohio State running back Ezekiel Elliott could be in play with the eighth overall pick.