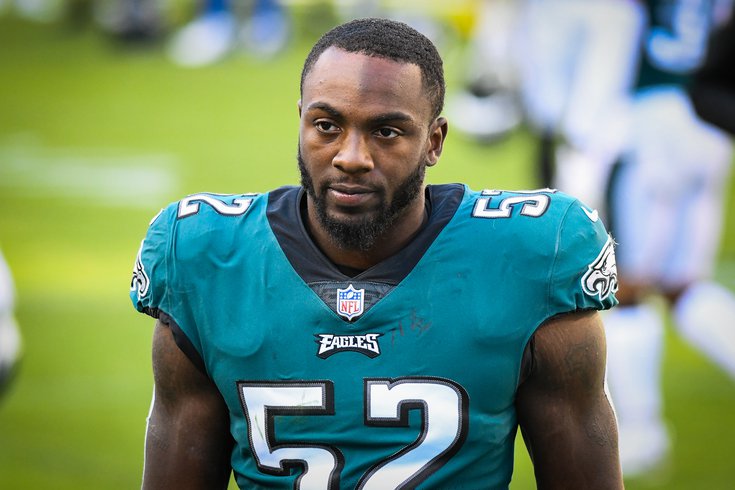 During the offseason, we'll be taking a look at a handful of players who are either new to the Philadelphia Eagles, or are already with the team but we perhaps don't know a lot about them just yet. Today we'll take a look at 2020 third-round linebacker Davion Taylor.

Taylor hasn't played much football, as religious beliefs kept him off the field until his mother finally allowed him to play in college. As such, he was a project when the Eagles drafted him, though he was one with very good athletic measurables.

In his career at Colorado, Taylor didn't have a single INT or FF, though his athletic traits often popped on film. Still, he is the type of prospect you take in Round 5 or later, not in Round 3.

Prior to the start of Taylor's rookie season, because of his athleticism, it felt like he would be an immediate contributor on special teams, and he was. He was on the active 46 for each of the team's first 12 games, before landing on injured reserve for the remainder of the season. He had 6 special teams tackles on the season, and two penalties for illegal blocks in the back.

In the regular defense, Taylor only played 32 snaps on the season, which is obviously less than ideal for a third-round pick, project or not, especially on a team with bad linebackers. He never appeared in a game in nickel. There were always at least two other linebackers on the field, and 29 of his 32 snaps came against run-heavy teams in the Ravens and Browns.

In those 32 snaps, Taylor had an abnormal number of negative plays. Here's a look at some notable plays of his on the 2020 season.

Taylor simply wasn't ready to play in the regular defense in 2020, and when he did play, he looked a lot like a player who still has a long way to go before he can contribute positively.

At linebacker, Taylor is definitively behind guys like Eric Wilson, Alex Singleton, and T.J. Edwards. Beyond those three players, Taylor will also have to contend with rookie JaCoby Stevens, fellow draft class linebacker Shaun Bradley (who played more than Taylor in 2020), and even some hybrid types like Genard Avery and Patrick Johnson. At best, barring injuries, he'll likely be no better than the team's fourth linebacker to start 2021, with the possibility of being even lower.

That said, Taylor has two things going for him:

Taylor's job security is still probably in good shape, but he is going to have to take a major step forward in training camp to earn more playing time in 2021.