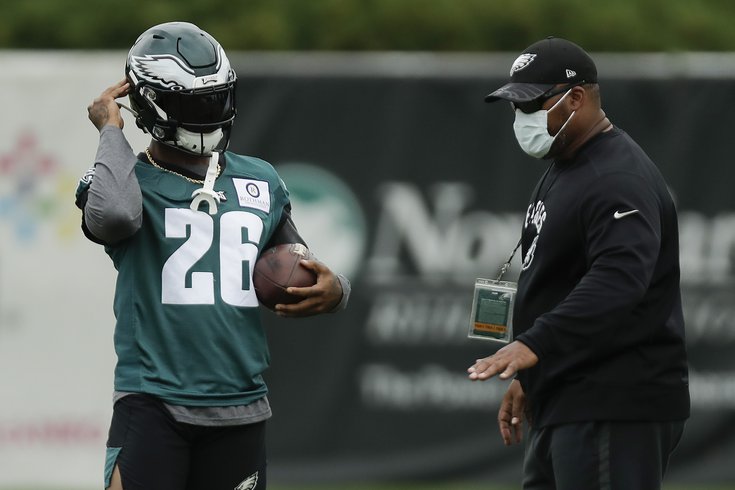 The Philadelphia Eagles announced on Saturday that RB Miles Sanders and DE Derek Barnett will both be out Week 1 against the Washington Football Team.

Game Status Update: DE Derek Barnett and RB Miles Sanders have been ruled out for tomorrow's game in Washington and will not travel. https://t.co/BEc4RLzr1x

Obviously, Sanders being ruled out is bad because he's one of the team's best players. #Analysis. However, his loss in this matchup is particularly troublesome, since the threat of a rushing attack is crucial against an extremely talented and deep Washington defensive line. With Sanders out, the Football Team can perhaps pin their ears back and come after quarterback Carson Wentz, especially with an Eagles offensive line that will be missing at least two starters, and maybe more.

Barnett's absence is also troubling, in that this is a season that the Eagles really need him to break out. Barnett has missed 12 games over the last two seasons, and has not proven that he can be a durable pass rusher in the NFL. Josh Sweat and Vinny Curry will now see an increased role on Sunday.

There's also this roster move, that doesn't seem like much on the surface, but could be an indicator of more bad news to come.

#Eagles have elevated DT T.Y. McGill and G Sua Opeta from the practice squad to the active roster for Sunday’s game against Washington.

So how is that an indicator of more bad news to come?

McGill will likely be active on game day with DT Javon Hargrave already ruled out. But why Sua Opeta? Well, there's a new rule this season that teams can carry 48 players on their active game day roster, as long as eight of them are offensive linemen. Opeta will now be the ninth offensive lineman active for game day, if Johnson plays. I can't recall the last time the Eagles had nine offensive linemen active.

That means that the Eagles very likely have at least some doubt that Lane Johnson won't play on Sunday either. If Johnson doesn't play, or comes out of the game early, the Eagles' offensive line will probably look like this:

The Eagles said Johnson was "day-to-day" on August 23rd. On Friday, it was reported by Tim McManus of ESPN that Johnson HAD SURGERY on his ankle in August, lol. If that surgery happened before the "day-to-day" report, obviously that was a clear misrepresentation of Johnson's status. If the surgery was performed after the "day-to-day" communication, then the Eagles didn't bother updating his status post-surgery.

To note, the Eagles don't have to give training camp updates. Instead, they just give inaccurate ones.

As for Sanders, Pederson said on September 1 that Sanders was "day-to-day." On Friday, he said that Sanders and Johnson are both doing "extremely well." On Saturday, Sanders is now obviously injured enough that the team didn't even bother waiting to see how he was feeling on game day.

Eagles’ RB Miles Sanders is progressing well, but the team wants to make sure he’s good to go for the long haul, so it’s keeping the big picture in mind with him. https://t.co/c7klr8LQ6u