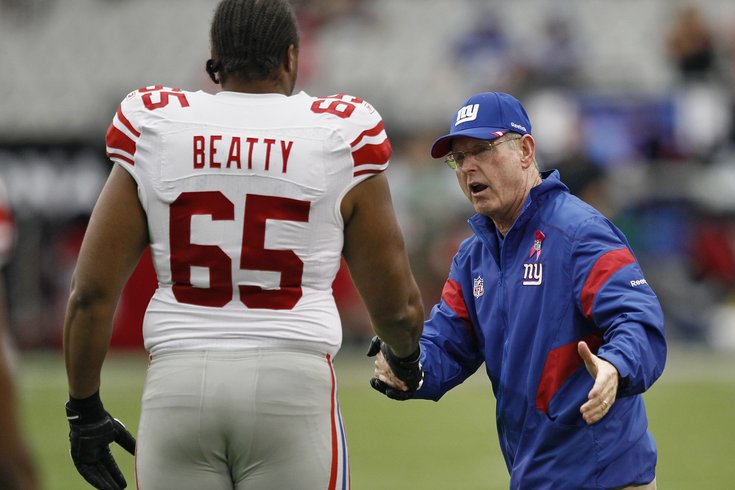 The Eagles have OL problems.

After watching the failures of guys like DeMarco Murray, Steve Smith (not the good one), Miles Austin, and plenty more NFC East rival acquisitions in recent years, the Philadelphia Eagles can't seem to help but continue to be interested in their rivals' recycling bin.

According to Tom Rock of Newsday, the Eagles showed interest in former New York Giants OT Will Beatty:

Also, Philly has reached out to Beatty as well as they await a decision on Lane Johnson appeal. No workout there yet.

The Eagles' interest is almost certainly in response to the likely upcoming suspension of starting RT Lane Johnson, as Rock noted.

Beatty tore a pectoral muscle last year and missed the entire 2015 season. He is reportedly healthy again. That said, buyer beware. The Giants have a RT in Ereck Flowers playing LT, and arguably one of the worst RG-RT combos in the NFL, and even they don't appear to have interest in Beatty.