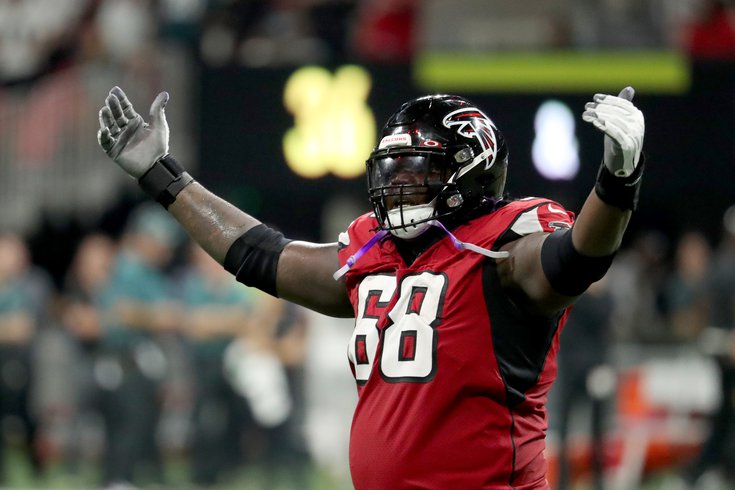 The Philadelphia Eagles announced on Tuesday that they signed 6'4, 340-pound OG Jamon Brown off of the Chicago Bears' practice squad, filling one of the two empty roster spots vacated by CB Craig James and DE Vinny Curry, who both went on IR.

Brown gives the Eagles something they don't have on their roster — an experienced backup offensive lineman. In his five-year NFL career, Brown has appeared in 60 games, starting 47.

The Eagles should know Brown well. He started in games against the Eagles in each of the last three seasons, for three different teams:

How do I know that? Well, he makes our "Five matchups to watch" every year, as a player that Fletcher Cox should take advantage of, lol. Still, the Eagles are desperate for offensive line depth, and Brown makes sense as an experienced player.