Five over/unders for the Eagles' preseason matchup with the Jets 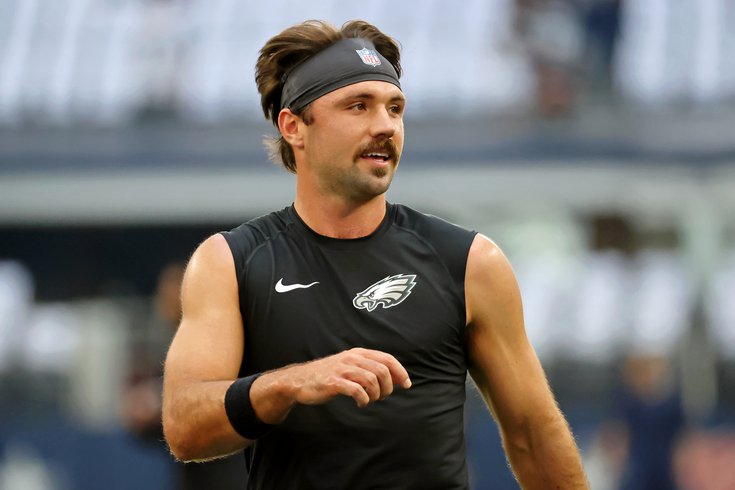 Football is back! Yes, it may only be the preseason, a version of the preseason even more watered down than it was just a handful of years ago, but still. Football is football.  The Jets are coming to town for a preseason matchup with the Eagles. It'll be the city's first look at the Birds since January's playoff loss in Tampa.

Eagles head coach Nick Sirianni said that the team's starters would play a series or two before Wednesday's training camp practice. I'm fine with that. There are older veterans I wouldn't play in these games (Brandon Graham, Fletcher Cox) and I'd always be weary of playing any starting running back in meaningless games. Too much opportunity for wear and tear. Reps are important, especially with the abbreviated training camp the team has had. It'll take just one injury, however, to make everyone regret having thrown key players out there for a game that can't be considered fully functional football.

Regardless, I'm amped for it. Friday night will be my fist time ever attending a game at Lincoln Financial Field as a media member following 70-or-so games in my life as a spectator. Weird world. It's a futile effort to actually predict what team will win in a preseason game, a meaningless achievement in the grand scheme of things. The 2004 Eagles went 1-3 in the preseason before reaching the Super Bowl for the first time in my life. The 2015 squad infamously came out firing with a 3-1 preseason performance before being one of the biggest disappointments in recent Philly sports history.

Given all that, I'm going to make up some fun props for tonight to get those football juices flowing!

I'm banking on Jalen Hurts playing only a single series. Put him in bubblewrap after that. As I've written during my #HurtsWatch stories from training camp practices, QB1 has been force-feeding A.J. Brown the ball with great results. Brown's career high in receptions is just 70 and even in an Eagles offense that won't throw constantly, he might smash that mark.

That's the regular season though. Come Friday night, the Birds won't be emptying their playbook and putting the world on notice for how they're specifically going to utilize Brown. I'm sure Hurts will look Brown's way, but I don't think there will be enough reps in a game setting like this to get in a true rhythm.

Hey, just one reception could look like Terrell Owens' preseason debut in Philly 18 years ago...

Terrell Owens catches a missile from Donovan McNabb and dashes into the end zone for an 81-yard touchdown on his first play in Philadelphia as a member of the Eagles. pic.twitter.com/OUOjdKfRBN

Gardner Minshew didn't play for the Birds in the preseason in 2021, having been acquired the day after the team's preseason finale. He'll see some action Friday night. If I had to take a guess, I'd say that Minshew plays the remainder of the first quarter after Hurts sits and potentially most of the second quarter.

As iffy I can be with playing a team's QB1, I feel that way a bit with a QB2 of Minshew's caliber. Minshew is a low-end starter in this league and he's the backup in the whole NFL depending on how the Jimmy Garoppolo situation plays out in San Francisco. More likely than not, Minshew will have to start a game for the Eagles this season. He started one in 2021, coincidentally against the Jets, and was the catalyst for the win in a game that kept the Birds' playoff pursuit alive. The previous four seasons in Philly, the presumed QB1 didn't take the final snap in the final game of the season. QB2 is huge in the NFL and no one knows that more than Eagles fans.

Injury risk ranting aside, Minshew should be able to excel against second-team defenses in the preseason. I'm going to say that Minshew throws just one touchdown against the Jets. I'll also say that Reid Sinnett, who's flashed relative to expectations in the training camp as QB3, throws one too.

No one is more destined to capture the hearts of Eagles fans in the preseason than an unheralded wide receiver. That's even more true with Covey, who's reputation as a return specialist in college at Utah (five total return TDs) will have fans dreaming of some big-play ability on special teams.

Covey has increasingly impressed in camp as a receiver, getting more and more reps as the summer has gone on. I'll be an optimist and say that Covey reaches the end zone. Maybe it comes on a deep pass from Minshew or on a highlight-worthy return. August is all about getting overly worked up and riding the hype train!

Milton Williams has been a forgotten man at defensive tackle this training camp. He's not the Super Bowl hero that Cox is. He's not the Pro Bowler that Javon Hargrave. He's not the historically great college player that Jordan Davis was. Regardless, I'm still quite high on Williams' NFL future. He was a prospect favorite of mine ahead of the 2021 NFL Draft and he came along strong at the end of last season. He'll fight for snaps this year with those three bigger name guys, but he has the ability to be a productive pro.

With his standing as the team's fourth-best (for now) defensive tackle, I'd imagine he seems a decent amount of snaps Friday night. Williams had two sacks and six tackles for loss in 2021 while playing just 41 percent of the team's defensive snaps. I'll cowardly call this a push and say he gets a half sack in tandem with Tarron Jackson.

The high for rushing yards for the Eagles in the 2021 preseason was Elijah Holyfield with 60 yards on the ground against the Jets. I'd imagine that Eagles fans see very little of the team's top-three running backs in Miles Sanders, Kenny Gainwell and Boston Scott because they all have gotten first-team reps this summer. Expect a healthy dose of Jason Huntley, plus undrafted rookie free agents Kennedy Brooks (Oklahoma) and DeAndre Torrey (North Texas).

I'm buying Huntley stock here. He has showcased legit burst in training camp. He's played in the regular season before, albeit in an ultra-small sample size. The Eagles will rest their top offensive linemen, but their depth is so strong that they should be able to hold their own against the Jets' backups in the trenches (wild that I am trying to break down backup vs. backup matchups in a preseason opener). I'll say Huntley hits 68 rushing yards.