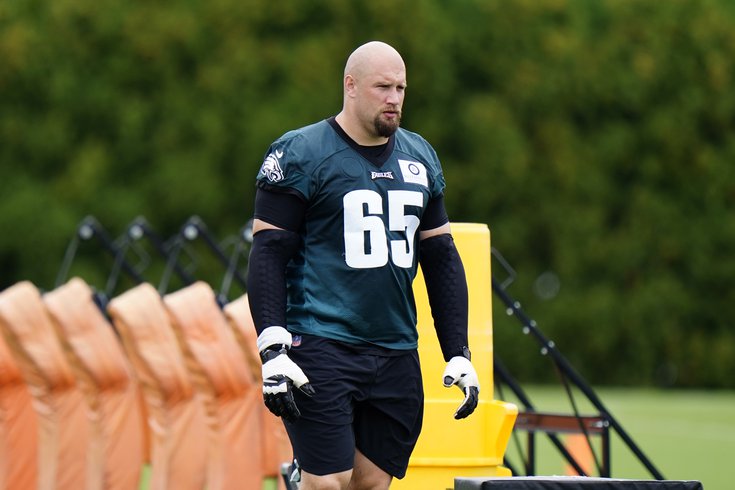 As always, the Philadelphia Eagles have more than their share of injuries, and the season hasn't even begun yet. The Washington Football Team team, meanwhile, is in decent shape heading into Week 1.

Here is the Eagles-Football Team injury report, with analysis.

• RB Miles Sanders (hamstring): We covered Sanders' situation in more detail here, but obviously, Sanders is one of the Eagles' best players, and this is a big loss. Sanders' absence is especially troubling particularly against the Football Team, which has an extremely talented and deep defensive line. The Eagles really could have used the threat of Sanders and a potentially potent run game to slow down the Football Team's pass rush.

Throughout his four-year career with the Steelers, Hargrave was a durable player, only missing one out of 64 regular season games. The Eagles should still be in decent shape with Hargrave out, as they still employ Fletcher Cox, while Malik Jackson and Hassan Ridgeway both looked good in training camp.

• DE Derek Barnett (hamstring): Like Hargrave above, Eagles media only learned that Barnett wasn't healthy when we first showed up to camp on August 17, when Barnett was listed as "week-to-week" with a lower-body injury. Turns out it's his hamstring. The Eagles need Barnett to break out this season, with a now 32-year-old Brandon Graham starting opposite him, as they don't want to have to replace a pair of starting defensive ends in the near future. Barnett has missed 12 games over the last two seasons, so this is obviously not an ideal start for him in 2020.

• WR Alshon Jeffery (foot): Jeffery was a surprise inclusion on the 53-man roster, as it was expected by most (self included) that he would begin the season on the PUP list, and miss at least the first six games of the season.

Jeffery still has not done anything during practice other than throw the ball around a little with teammates or coaches. He has not run, or worked out in any way on a side field, at least in sessions attended by the media. So, we'll see when he's ready to go.

• RT Lane Johnson (ankle): Losing Johnson, who is in my view the best RT in the NFL, could be potentially devastating, leaving the Eagles vulnerable on the entire right side of the line, with Brandon Brooks already out. With safety net Halapoulivaati Vaitai gone, the Eagles would be forced to play an unproven player both at RG and RT. The guess here is that Matt Pryor would play RT, and Nate Herbig would play RG.

Mike Garafolo of NFL Network says that Johnson will "try to play" on Sunday.

#Eagles RT Lane Johnson (ankle), limited in practice and listed as questionable, is expected to try to play today vs. the #WashingtonFootball Team, sources tell me and @RapSheet. With injuries on the line and elsewhere, he hopes to make it through.

Johnson was originally listed as "day-to-day" with what was apparently a surgery:

Eagles tackle Lane Johnson had surgery on his ankle in August, according to sources, helping to explain his extended absence at training camp. It was described as a "clean out" by a source. Johnson returned to practice in a limited capacity this week.

Obviously, listing Johnson as "day-to-day" was severely downplaying his injury.

Johnson missed four games with an ankle injury in 2019. This current ankle issue is reportedly related to that injury. Not great!

It's also noteworthy that one of the Eagles' two practice squad call-ups this week (which aren't mandatory and are limited to two per player this season) was Sua Opeta. As a reminder, there's a new rule this season that teams can carry 48 players on their active game day roster, as long as eight of them are offensive linemen. Opeta will now be the ninth offensive lineman active for game day, if Johnson plays. I can't recall the last time the Eagles had nine offensive linemen active.

Opeta's promotion means that the Eagles very likely have at least some doubt that Johnson won't play on Sunday, or that he might have to come out of the game early.

• WR Jalen Reagor: Reagor does not appear on the injury report, so he is good to go.

• LB Thomas Davis (calf): Davis played under Ron Rivera for eight years in Carolina, and he turned 37 years old this offseason. Every time a a team hires a new head coach, it feels like that coach has to bring in one of "their guys." Davis was likely that. The linebacking trio of Shaun Dion Hamilton, Jon Bostic, and Kevin Pierre Lewis and better equipped to cover the Eagles TE duo of Zach Ertz and Dallas Goedert than Davis would have been.

• CB Kendall Fuller (knee): Fuller was included in the trade that brought Alex Smith to Washington. Two seasons and a Super Bowl-sealing INT later, he's back. Fuller is a versatile defensive back who is best suited for the slot, but can also play outside corner or safety. His two-year tenure (learning a new scheme each year) in KC received mixed reviews, but he was excellent in the Super Bowl when it mattered most. He's smart, he gets hands on footballs, and he is the kind of good, young player any team should be looking to build with, because of how much he can do. It's a big blow to an already challenged Football Team secondary if he can't go.

• OT Saahdiq Charles (calf): On talent alone, Charles (a fourth round rookie) probably would have been a Day 2 pick, but character concerns dropped him to Day 3. He missed six games for LSU in 2019 for disciplinary reasons, and several teams reportedly didn't have him on their draft boards as a result. Charles was competing with free agent acquisition Cornelius Lucas and 2018 third-round pick Geron Christian for the starting LT job. (Christian won that job.)

• LB Reuben Foster (season-ending IR): Foster shredded his knee during the 2019 offseason, and the Football Team did not think that he was progressing well enough in his recovery to see the field in 2020, so they IR'd him again.

Guice entered the NFL as an ultra-talented back out of LSU, who fell in the 2018 NFL Draft because of character concerns. At 59th overall, many thought of him as a steal. Through his first two seasons in the league, Guice played in just five games, carrying only 42 times, due to a string of serious knee injuries, but he showed glimpses that he could be a star running back when he played.

The Football Team's remaining veteran running backs are JD McKissic and Peyton Barber. They also selected Antonio Gibson in the third round (66th overall) in the 2020 NFL Draft, and Bryce Love in the fourth round (112th overall) in the 2019 draft. Love "redshirted" as a rookie in 2019 after tearing an ACL in his final college game in December of 2018, and got positive reviews in camp, as did Gibson.