The Philadelphia Eagles just faced the Washington Football Team nine days ago, but their team will look different this time around with a slew of players coming off of their COVID-reserve list. Here are our five matchups to watch.

1) The Eagles' secondary vs. WFT's two-headed monster at quarterback, and WFT's passing game

Uhhh... OK. If Washington plays both quarterbacks, it will be the second straight week the Eagles will have faced a pair of second- and third-string quarterbacks. As I'm sure you recall, they faced both Mike Glennon and Jake Fromm against the Giants last Sunday. 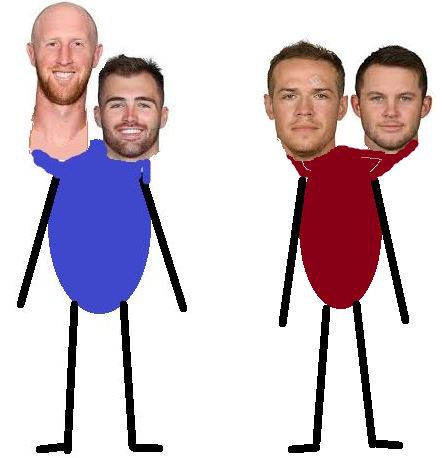 I'm not exactly sure why Rivera would make that switch. With wins over the Eagles Week 17 and the Giants Week 18, Washington would still need quite a bit of help to get into the playoffs, but they'd at least have a fighting chance. Announcing that the third-string quarterback will get some playing time is reminiscent of when Doug Pederson said that the Eagles would give Nate Sudfeld some playing time in the Eagles' tank game last year.

Heinicke at least has some running ability, and some moxie. WFT players have rallied around him at times this season, while Allen is just... 😴.

It should be noted that Washington has since walked back Rivera's comments, so, we'll see, but if Washington makes a switch while the game is still competitive, the Eagles should be thankful.

And then as we noted in our last Eagles-Washington matchups post, Terry McLaurin is the only legitimate receiving threat in Washington's offense. He leads the team in receptions (66), receiving yards (899), and receiving TDs (5). The next closest player in receptions and yards is RB J.D. McKissic (43-397-2), who is on injured reserve. The next closest wide receiver to McLaurin is Adam Humphries (38-368-0), whose numbers the last three years are comparable to Greg Ward's.

There he is to the right. Stick Darius Slay on him, and also give him help. Again, they have nothing else.

Washington got nothing going in the run game Week 15 against the Eagles. Gibson had 15 carries for 26 yards, though he did score once. Having an actual NFL quarterback under center as opposed to a journeyman practice squad dude should help the run game some, but Gibson is dealing with a hip injury.

McLaurin aside, the other player they need to key in on is Gibson.

MORE: What they're saying: Nick Sirianni for NFL Coach of the Year? | Week 17 NFL picks | Eagles-Washington injury report, with analysis

When they aren't throwing haymakers at each other, the Washington defensive line remains deep and talented, even with Chase Young done for the season.

Still the Birds' offensive line dominated Washington up front Week 15, to the tune of 238 yards.

Jordan Howard practiced on Thursday, which is a big step toward his potential availability on Sunday. Howard plus Boston Scott >>> just Boston Scott, and some Kenny Gainwell.

Goedert went off against Washington Week 15, catching 7 passes on 9 targets for 135 yards, and it could have actually been more if not for a couple of drops. Washington's linebackers can't cover Goedert. Feed him.

On the opening kickoff against the Giants, Gainwell fumbled, but the Eagles were lucky to recover the loose ball. In a game in which the Eagles are facing a team that is in an absolute free fall, they cannot afford to make major mistakes on special teams.