Inaccurate depiction of Lenape tribes to be removed from neighborhood 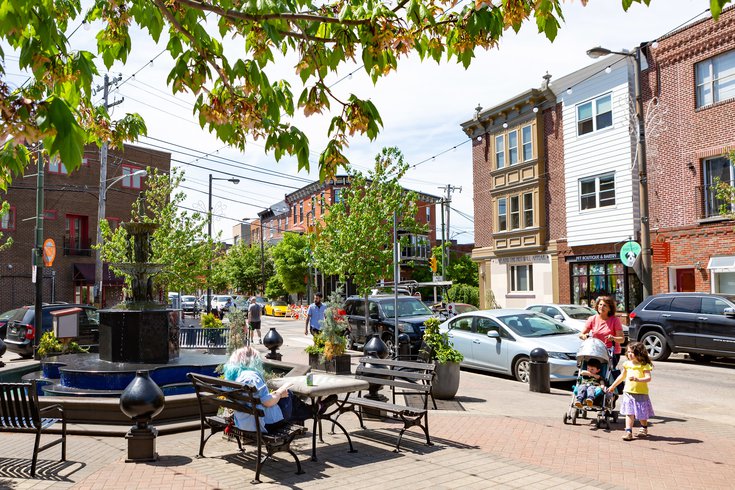 The East Passyunk Avenue Business Improvement District will work with representatives from the Ramapough Lenape Nation and the Nanticoke Lenni-Lenape Tribal Nation to respectfully acknowledge the Philadelphia neighborhood's historical connection.

After years of mounting pressure, East Passyunk will change the stereotypical Native American logo that has long misrepresented the indigenous roots of the Lenape people.

In a statement issued Monday morning, the East Passyunk Avenue Business Improvement District announced it will adopt a new logo for the first time in nearly two decades:

Aside from being long overdue, the update is needed to address the misrepresentation of indigenous people that has inaccurately linked the silhouette of a Native American with the etymology of the Passyunk name from its Lenape roots.

The prevalence of an image portraying a Western Plains headdress not generally worn by Eastern tribes, including the Lenape, has been an unwitting slight against the original inhabitants of the region, and the organization recognizes the need for change.

Along with changing the logo on printed and digital organizational materials, EPABID is working with representatives from the Ramapough Lenape Nation and the Nanticoke Lenni-Lenape Tribal Nation, as well as our local Civic Associations to acknowledge the historical connection to the Lenape tribe through the placement of an official plaque or historical marker.

The current logo is depicted in flags, utility hole covers and marketing materials for East Passyunk Avenue, one of the city's most popular dining and shopping destinations.

In recent years, use of the logo has come under fire as indigenous groups voice their disapproval of similar, inaccurate logos used by sports teams and other groups.

Writing for CityLab in 2018, Imran Siddiquee examined how the use of such images reinforces "the sad, defeated Indian silhouette" depicted in author Tommy Orange's 2018 novel "There There."

Throughout U.S. history, similar images have been depicted on coins and in logos that appropriate the diverse legacy of Native Americans, using them as proud symbols while glossing over their brutal displacement and slaughter.

Earlier this year, under the weight of corporate pressure, the NFL's Washington Football Team finally retired its name and logo, which indigenous communities had called offensive for years. The team has not yet selected a new name.

The East Passyunk announcement comes on Columbus Day, which honors the European explorer whose legacy has come under increasing historical scrutiny for his treatment of Indigenous peoples. The Philadelphia Art Commission voted this summer to permanently remove a statue of Christopher Columbus from Marconi Plaza in South Philadelphia.

It's not yet clear how soon EPABID plans to introduce a new logo and remove the existing logo from the neighborhood.