During her first two terms, the Democrat and Air Force veteran has championed causes for working moms, particularly those in the military

By Kristin Hunt and Jon Tuleya 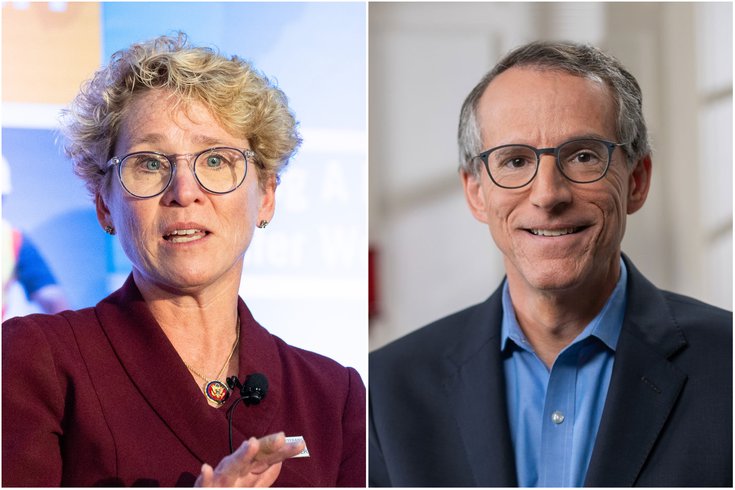 The Associated Press projected Houlahan to win at 2:33 a.m. on Wednesday. With nearly all the votes counted later that morning, the Democrat has received 53.11% of the vote to Ciarrocchi's 46.89%.

All election results are unofficial until certified by the Pennsylvania secretary of state.

During her first two terms in Congress, Houlahan has taken up issues affecting working moms, particularly those in the military. She has sponsored bills aimed at establishing literary programs for children on military bases, expanding the Department of Defense's parental leave policies and most recently, improving access to donor breast milk.

Houlahan supports raising the minimum wage to $15, charging a carbon fee on fossil fuels and a public health insurance option. Universal background checks for firearms and a codification of abortion rights are also on her agenda. She notably broke with her party on the Merger Filing Fee Modernization Act, an antitrust bill that would adjust pre-merger filing fees. She was one of just 16 Democrats to vote against it.

Houlahan is a veteran raised in a military family. After spending her childhood moving from house to house with her Navy officer father, she enlisted. She studied engineering at Stanford on an ROTC scholarship and earned a masters degree from MIT. In between colleges, she was active-duty service in the Air Force.

Houlahan spent time in the business world in various leadership roles at the basketball apparel company AND1 and B Lab, the nonprofit that provides B Corp. certification, before eventually returning to old interests as a science teacher at Simon Gratz High School in North Philly.

• Shapiro vs. Mastriano for Pennsylvania governor
• Fetterman vs. Oz for U.S. Senate

The 6th Congressional District represents all of Chester County and a portion of southeastern Berks County. Houlahan won her first election in the district against first-time Republican candidate Greg McCauley in 2018. Then she defeated John Emmons, a Republican businessman, in 2020.

Earlier this year, Ciarrocchi had been campaigning for governor of Pennsylvania, but he suspended that campaign in February to run for Congress instead.

Ciarrocchi led the Chester County Chamber of Business and Industry for nearly nine years prior to entering politics. He also was chief of staff to Pennsylvania Sen. Melissa Hart, Lt. Gov. Jim Cawley and U.S. Rep. Jim Gerlach, who had been the 6th District congressman from  2003 to 2015. Ciarrocchi worked as the director of public affairs for the Archdiocese of Philadelphia and regional director for the Department of Housing and Urban Development under the George W. Bush administration.