Emojis are making you look incompetent at work, study says 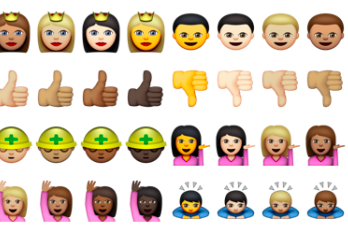 Even as the world awaits Apple's next emoji release and the characters become more common in workplace communication, a new study could make you second guess adding a yellow smiley to your next work email.

In a recent study published in Social Psychological and Personality Science, researchers conducted various experiments to determine how emoji usage is perceived, and if the intended effect – presumably to come off friendlier to a contact or colleague – is at all accomplished.

“People tend to assume that a smiley [emoji] is a virtual smile, but the findings of this study show that in the case of the workplace, at least as far as initial ‘encounters’ are concerned, this is incorrect,” study author Ella Glikson, a post-doctorate fellow at Ben-Gurion University of the Negev in Israel, said in a statement to Huffington Post.

Based on the studies, researchers say their data could help better define the social implications of using emojis in different settings, specifically in the workplace.

In the study, approximately 500 participants from 29 different countries were shown a work email from an unknown sender, some of which randomly contained emojis. Subjects then rated their perceptions of the email sender’s competence and warmth.

In another experiment, participants were shown photos of a smiling person and a neutral person, as well as a work email that used emojis.

In both cases, most subjects said that the use of emojis in work correspondence – regardless of having a face associated with the email sender – led them to think the person was incompetent.

A clear gender bias arose from the studies as well: Most subjects shown the emoji emails assumed women wrote them.

This also means that a female worker’s attempt to appear warm in a professional setting – which studies have shown is a major factor in whether working women will be perceived as confident – could backfire.

Glikson stressed, however, that this emoji-based perception is most prevalent when making first impressions professionally.

“For now, at least, a smiley [emoji] can only replace a smile when you already know the other person. In initial interactions, it is better to avoid using smileys, regardless of age or gender,” she said.