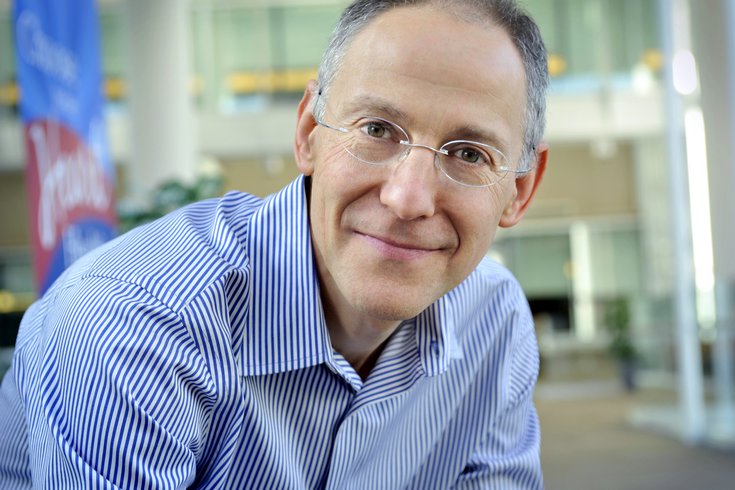 Candace diCarlo/Courtesy of the University of Pennsylvania

Dr. Ezekiel Emanuel, an oncologist and vice provost at the University of Pennsylvania, will serve on President-elect Joe Biden's COVID-19 Advisory Board during his transition to the White House.

Dr. Ezekiel Emanuel, an oncologist who helped craft the Affordable Care Act, has been appointed to the COVID-19 Advisory Board that will guide President-elect Joe Biden during his transition to the White House.

The 13-member panel will inform Biden and Vice President-elect Kamala Harris on the coronavirus pandemic over the next 10 weeks, a period that health experts say could be particularly critical to the public health crisis.

Emanuel, the vice provost for global initiatives and chair of the department of medical ethics and health policy at the University of Pennsylvania, is no stranger to advising the White House. During the Obama administration, he served as a special adviser for health policy to the director of the Office of Management and Budget from January 2009 to January 2011.

From 1997 to 2011, Emanuel served as chair of the Bioethics department at The Clinical Center of the National Institutes of Health. He previously was a professor at Harvard Medical School and has written various books on health care topics, including ethics.

He is the brother of former Chicago Mayor Rahm Emanuel, who served as President Barack Obama's chief of staff.

The advisory board will consult with state and local officials on the steps needed to stop the spread of the virus, while also seeking to reopen schools and businesses safely and effectively.

"Dealing with the coronavirus pandemic is one of the most important battles our administration will face, and I will be informed by science and by experts," Biden said in a statement.

"The advisory board will help shape my approach to managing the surge in reported infections; ensuring vaccines are safe, effective, and distributed efficiently, equitably, and free; and protecting at-risk populations."

Dr. Julie Morita, executive vice president of the Robert Wood Johnson Foundation in Princeton, New Jersey, also has been appointed to the board. She has previously served as Chicago's health commissioner.

These appointments come as new COVID-19 cases are surging across the country. Several states, including Pennsylvania, recently have set records for daily new cases. On Friday, Philadelphia hit a record 742 news cases.