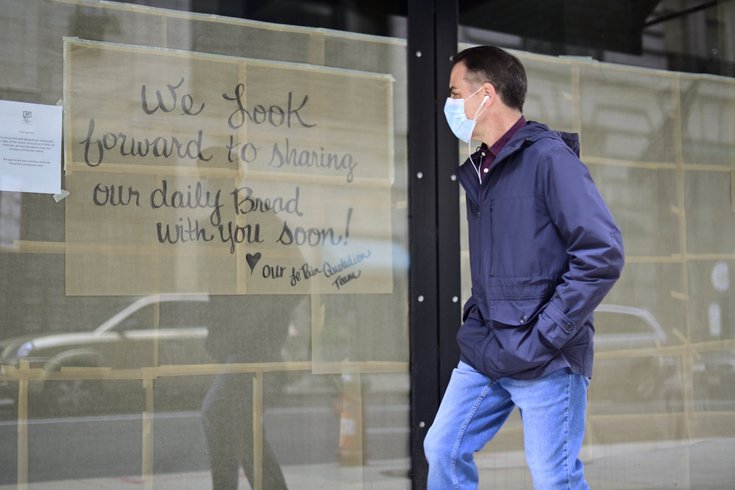 Face masks are an essential component to reducing the spread of the coronavirus, new research shows.

The study cited in the following story has since come under considerable scrutiny. More than 40 scientists are calling for the medical journal Proceedings of the National Academy of Sciences to retract the paper. In a letter to PNAS, they claim the study was based on "easily falsifiable claims and methodological design flaws." Read their entire letter here.

Health experts began urging Americans to wear face masks in public relatively early in the COVID-19 pandemic, viewing their use as a way to reduce transmission of the coronavirus.

A new study suggests the strategy has been highly effective.

Other protective measures, like social distancing, quarantines and contact tracing, proved insufficient on their own, according to the study, published in Proceedings of the National Academy of Sciences of the United States of America. Researchers examined the effectiveness of various mitigation strategies enacted in New York, Italy and Wuhan, China.

The best way to fight the spread of COVID-19 is to combine the use of face masks with the other measures because SARS-CoV-2 is most virulent through airborne transmission, they wrote.

SARS-CoV-2 belongs to the same pathogen family as SARS and MERS. It is mostly considered a respiratory infection, but constantly evolving data has shown that it can affect other parts of the body, including the heart and brain.

The researchers emphasized that "sound science is essential in decision-making for the current and future public health pandemics."

Another recent study, conducted by researchers at the universities of Cambridge and Greenwich in the United Kingdom, found that homemade masks can reduce transmission if worn by all citizens regardless of whether they show symptoms.

"We have little to lose from the widespread adoption of face masks, but the gains could be significant," researcher Renata Retkute said.

Their analyses, which were published in the Proceedings of the Royal Society A, included different scenarios of face mask adoption combined with periods of lockdown. In all the scenarios, routine face mask use by 50% or more of the population effectively flattened the curve of infections.

"If widespread face mask use by the public is combined with physical distancing and some lockdown, it may offer an acceptable way of managing the pandemic and reopening economic activity long before there is a working vaccine," lead author Dr. Richard Stutt from the University of Cambridge said in a statement.

Last week, the World Health Organization recommended everyone wear at least a fabric mask in public.

But the wearing of face masks continues to be a divisive strategy. Many people, including President Donald Trump and Vice President Mike Pence, have declined to wear them.