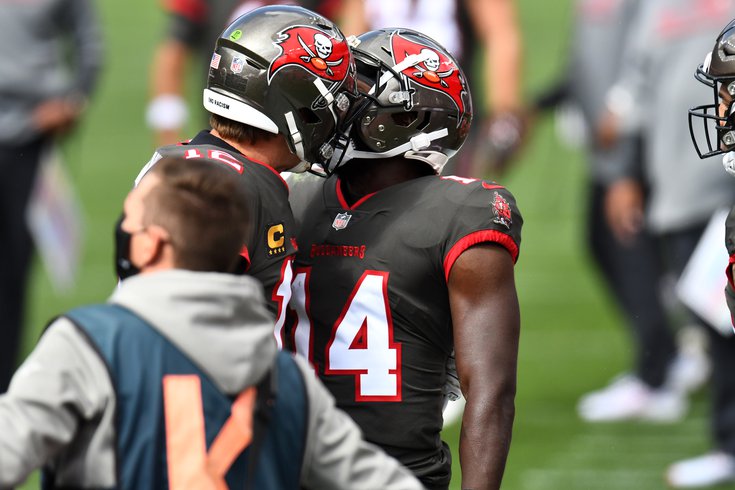 The level of devastation may not have had the big names of Week 2 (when we lost Saquon Barkley, Christian McCaffery and others), but there are more than a few key fantasy football skill players who left their respective games without returning in Week 3, and each could have an impact on your team or your league.

As we do every week, here's a brief roundup of the latest fantasy football injuries, what we know and what to do about them if you are facing a tough decision this week:

Godwin hurt his hamstring Sunday afternoon, but not before he connected with Tom Brady for a score. Godwin has been dealing with injuries since the season started, most recently clearing the concussion protocol before suiting up in Week 3. He was ruled out with the hamstring issue almost right away, which is a bad sign. More will be know during the week but fire up your Mike Evans stock if you have him.

Carson had 14 carries and three catches Sunday afternoon in a dramatic win over Dallas. He was ruled out late in the game with a knee sprain, the degree to which is to be announced. If Carson misses anytime, veteran Carlos Hyde is the No. 2 and would be in line for added touches next week.

The Steelers second best wide receiver was knocked out of Sunday's win with a concussion. He will be in the protocol this week, so keep an eye on James Washington if he is a free agent in your league.

The Niners' injury bug keeps biting, as McKinnon is the third running back in two weeks to go down with an injury — this one a rib issue. Jeff Wilson is the next man up for San Francisco.

A calf injury is the ailment for the consistently productive Brown. Expect Stefon Diggs to continue to produce should it cost Brown playing time. Cole Beasley, their slot receiver may be worth a look on waivers.

Williams hasn't been healthy at all in 2020, his latest setback looking like a hamstring injury. As with all hamstrings, this could go either way. Pay attention to his practice regiment.

The Birds No. 2 tight end (but arguably their more productive one) looks like he will miss time with a high ankle sprain. The Eagles offense is kind of a mess right now, with Jalen Reagor out a few weeks already and DeSean Jackson also hurt. Perhaps their slot man Greg Ward is worth adding on waivers this week.

Speaking of the Eagles and Jackson, the Birds' speedy receiver can't seem to catch a break, as he hurt his hamstring in limited action Sunday. The good news is, there is hope that it is just a minor strain.

#Eagles WR DeSean Jackson is undergoing tests on his hamstring today, though the belief is it’s a minor strain, sources say. The team was cautious with him yesterday, as they’ve been with him overall. Don’t want to compound issues. His availability for Sun vs #49ers is TBD.

The seriousness of Cohen's knee injury is yet unknown, but what is known is that he has been very underutilized by the Bears. If he misses time, it probably won't effect the distribution of the football much.

Gage has been a surprise in Atlanta, catching 15 balls through two games this year. He may be sidelined for a bit with a concussion, joining fellowed injured wideout Julio Jones. Calvin Ridley should continue to rake yardage, but beyond that there is no reliable fantasy start.