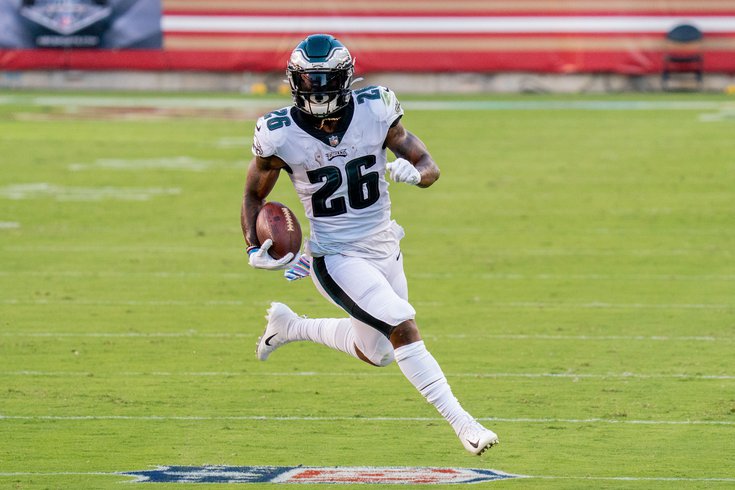 Week 9 didn't see the bloodbath of injuries to fantasy football stars we have gotten used to, but it was not a week without consequence on the health front.

As we do every Monday, here's a glance at the latest news on several key fantasy football players, and a little insight into how team fantasy owners should handle possible absences heading into Week 10:

Let's start this thing off with some good news. The Eagles expect to have Miles Sanders back in practice this week after having a bye in Week 9, according to a report from Ian Rapoport. If the running back returns to face the Giants, he'll probably make Boston Scott fantasy irrelevant again.

Allen, who was starting for Washington after the benching of Dwayne Haskins, dislocated his left ankle but likely will not need surgery. It's unclear for how long he'll be out or if he will return at all, but veteran Alex Smith will be the starter going forward in D.C. Whether or not he's a playable option at QB is anyone's guess, but in two quarterback leagues he is worth grabbing.

The Bears' top running back may have a concussion, which is an injury clearly worth monitoring as the week continues on. He played the majority of the team's loss to the Titans, which gave us little insight as to whether Cordarrelle Patterson would be the principle back up, but Patterson was the only other offensive player to get carries in the game.

Another RB1 could be out next week for the same concussion issues, as Houston's David Johnson had just two carries before the other Johnson, Duke, took over. Fire up Duke if you have him in fantasy next week, just in case David is not yet out of the protocol.

Jackson hurt his knee and did not return as part of L.A.'s running back tandem (with Joshua Kelley). The return of Austin Ekeler, which theoretically could happen in the next few weeks, would be a big boost for the Chargers, but if not, Kelley will be a true must start option if Jackson is also out for a while.

Shenault had a great opportunity to break through with a new quarterback in Jacksonville this week, but he went down early with a hamstring injury and did not return. There is no clear waiver pick up in the wake of a potential out designation for the rookie going forward.

Williams is one of those borderline players who has probably been picked up and dropped off the waiver wire four times this season in your league. He left Sunday's Week 9 game with a foot injury and did not return.

Doyle left Sunday's game with a concussion and will work his way through the protocol. In his absence, Trey Burton or Mo Alie-Cox could be worth finding on waivers.

Just as he was getting a little fantasy buzz, Okwuegbunam could miss some time with a knee injury, prompting fantasy owners to try another streaming option at tight end.