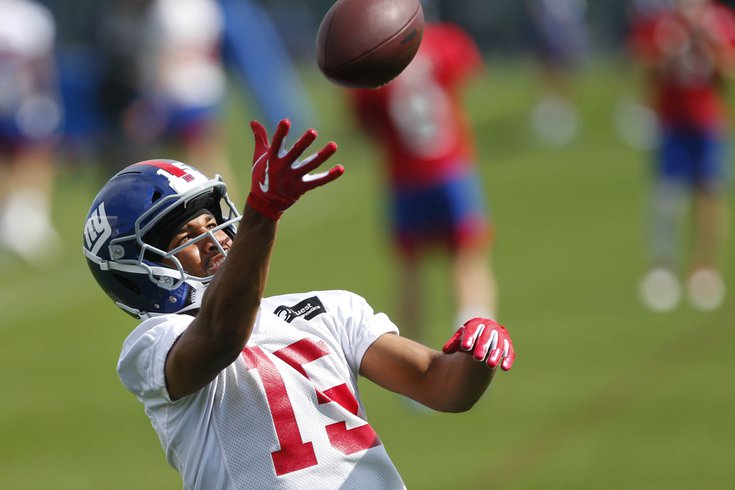 The injury landscape for several key fantasy football players is constantly changing, as we are just days away from Week 1. If you are drafting later this week, we are happy to provide a rundown of the latest news and updates from skill players you'll be considering taking. If you have your team and are worried about the health of your guys, this will help you prepare who to start and sit as the season approaches.

We'd like to note that the following updates are compiled from new reports that have surfaced since our last injuries post. If you are interested in someone who is listed as "D" or "Q" on your draft board and they do not appear here, like Miles Sanders, check our our injury report from Saturday.

Reports out of Chicago are that Montgomery is back at practice, but how much he is participating is anyone's guess as it is closed to the media. He is dealing with a groin injury and it really does feel like this one will be a gametime decision. The only running back worth starting, should Montgomery miss Week 1, is Tarik Cohen.

Cooks is one of those really talented players who has seemingly played through a lot of nicks and bruises during his career. If you believe what the Texans are saying, the quad issue that has limited him in recent practices is not something to be concerned with — though he is a player whose status is definitely worth monitoring.

The Niners' two top wideouts have been buzzing around injury reports for weeks now. Neither of the pair practiced on Monday, but with this being a game-week, that doesn't really give us much info on their availability. Typically, if a player is going to play on Sunday he needs to practice by Thursday or Friday — so that is certainly worth monitoring. Aiyuk has a hamstring injury and Samuel a foot injury. If by chance neither is able to play in Week 1, Dante Pettis and Kendrick Bourne appear to be the next two guys up.

Henderson looks to be splitting carries with rookie Cam Akers and Malcom Brown, but he is still a valuable fantasy asset in a landscape with few running back staples. Henderson has a hamstring injury, but according to head coach Sean McVay, he is expected to suit up and play in Week 1 this weekend.

Tate, who projects be one of New York's three starting wideouts, did not practice Monday as he continues to work through some kind of lower body ailment. His availability is looking more and more like a gametime decision.

The tight end, whom many think could have a breakout year with Teddy Bridgewater under center in Matt Rhule's new offense in Carolina, has a toe injury that has nagged him in practice. Rhule told reporters Monday that he will be available in Week 1.

Reports on the health of Williams have been all over the map, from out for weeks to ready for Week 1. Anthony Lynn, LA's head coach seems to be leaning toward the latter, saying that Williams' availability will be a gametime decision. This comes after reports from The Athletic that he'll be out for all of September. His lack of practice in an already limited practice environment with a new quarterback should still hurt his draft stock, but Williams is a roster-worthy wideout.

Dorsett, the third wideout on the Seahawks depth chart, is listed as questionable but Pete Carroll, Seattle's head coach, expects him to be healthy and play in Week 1.

Did you take a flier in your draft on Hamler? Well, while he may not be a star right away he does have a chance to play in Week 1, as his hamstring injury is allowing him to practice leading up to the start of the season.